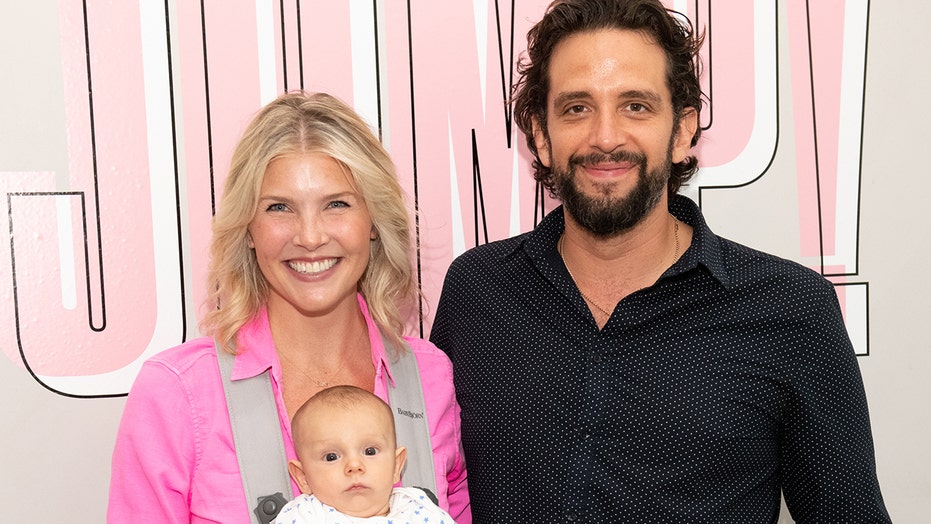 Amanda Kloots is taking time to reflect on her first holiday, Thanksgiving, without her husband Nick Codero after he died in July from COVID-19 complications.

The fitness star will be spending Thursday with the couple's one-year-old son Elvis and says she's still be counting her blessings this year despite tragedy.

"I read a passage today that said to find the little things everyday that God gives you," Kloots wrote on social media on Monday.

"Collect them, one by one, and by the end of the day you’ll see you have a beautiful bouquet! It would be very easy to go into this Thanksgiving week counting my losses but I’m choosing to count my blessings. This guy is at the top of my list," she added.

In October, Kloots shared on Instagram a photo of a vase she made with Elvis out of some of Cordero’s ashes.

"My beautiful vase that Elvis and I made with some of Nicks ashes is done! I cannot believe how it turned out," she shared. "Elvis and I put our handprints into the clay before it was fired,"

"I intend to always keep flowers in this vase, reminding me of Nick every time I look at it," she added.

Amanda Kloots, Nick Cordero, and their son Elvis. Cordero died in July. He was 41 years old.  (Noam Galai/Getty Images for Beyond Yoga)

Kloots and Cordero met in 2014 while performing in the Broadway musical “Bullets Over Broadway." Cordero received a Tony nomination for his role as Cheech. He was just 41 years old when he died.

In early November, Kloots appeared on "The Talk" and admitted the big holidays coming up are going to be extremely hard.

Kloots said, “I’m so grateful to be here today. I do well when I keep busy. But it’s also just nice to be here and talk to you guys, and it’s very comforting. I listen to Nick’s music all the time…I feel so grateful that I have that, that I have his music to listen to and hear his voice.”

She said that she keeps Nick's memory alive for Elvis, especially, since he's just a baby.

“The last time he saw Nick was in March. He was eight months old, but he knows who his dad is. And I show him that picture, and he holds it, and he kisses it and my heart just melts," she gushed.