Glenn Close politely called out Gwyneth Paltrow while fielding questions about being nominated for an Academy Award seven times without a single win.

The actress, 73, is in the Oscar conversation once again for her role in the Ron Howard-directed Netflix original “Hillbilly Elegy." The role comes after her surprise best actress loss last year for her part in “The Wife.” The prize ultimately went to Olivia Colman for “The Favourite.”

Close spoke with Peter Travers for his ABC News special “Popcorn,” in which the two candidly discussed the Oscar race. In the interview, she noted that the determination for who wins or loses the highly coveted acting trophy doesn’t always rely solely on one’s performance.

“I honestly feel that to be nominated by your peers is about as good as it gets,” Close said. “And then, I’ve never understood how you could honestly compare performances, you know? I remember the year Gwyneth Paltrow won over that incredible actress who was in ‘Central Station’ and I thought, ‘What?’ It doesn’t make sense.”

She was referencing Brazilian actress Fernanda Montenegro, who was nominated alongside Close, Paltrow, Cate Blanchett, Meryl Streep and Emily Watson in 1999. More to Close’s point, the Oscars that year were considered an upset for “Saving Private Ryan,” which shocked many viewers when it lost the best picture accolade to “Shakespeare in Love.”

“So, I think who wins has a lot of things to do with how things have been, you know, whether it has traction or whatever,” Close added of the Oscar race each year. “Publicity, how much money did they have to put it out in front of everybody’s sight. I have to be philosophical about it, if I was upset about it…”

In addition to “The Wife,” Close was previously nominated for acting awards for roles in movies like “Albert Nobbs,” “Dangerous Liaisons,” “Fatal Attraction,” “The Natural,” “The Big Chill” and “The World According to Garp.” Despite her “philosophical” nature about being nominated several times without a win, the actress noted that to simply be nominated is still quite thrilling for her.

“I’m very proud of the times that my peers have felt that my performance was worthy of attention,” she concluded. 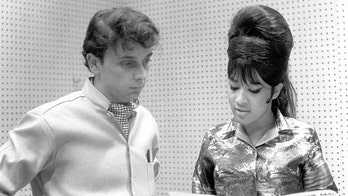