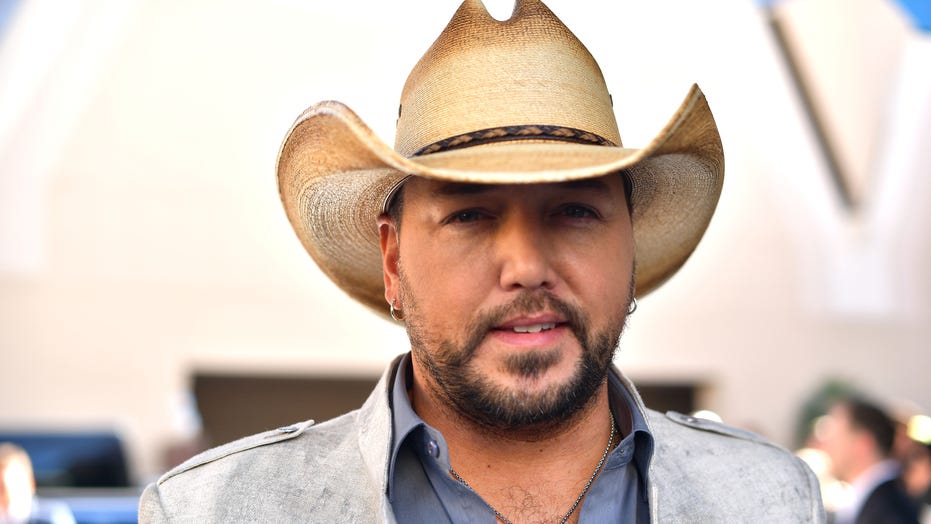 Jason Aldean hit back at backlash on social media for a recent photo he shared.

The family all posed and smiled without masks on. The gesture would have been innocuous if the United States wasn't still in the midst of the coronavirus pandemic and the rules at Disney are particularly strict.

"Perfect day with my whole crew today @waltdisneyworld. There is Nothing like seeing ur kids faces when u walk in that place. #waltdisneyworld (had mask on ALLLLLLL DAAAAAAAYY except when we took this pic)," Aldean captioned the photo.

Disney's face covering rules are: "Face coverings are required for all Guests (ages 2 and up) and Cast Members. Please bring your own face coverings and wear them at all times, except when dining or swimming. You may remove your face covering while actively eating or drinking, but you should be stationary and maintain appropriate physical distancing."

According to Taste of Country, Aldean clapped back at a critic and said, "Chill out lady. They are in our pocket. We took them off for 5 seconds to take the pic. Believe me, Disney didn't give us a 'free pass' not to wear them. We had them on all day just like everybody else."

One fan asked Brittany if Disney made "the babies mask up," to which she replied, "2 and over." Memphis is 2 and Navy is only 1.

Brittany and Jason Aldean were criticized for not wearing masks while taking a pic inside Disneyworld.  (Jeff Kravitz/FilmMagic)

Other fans supported Aldean and his family taking off their masks for a quick photo.

"I'm jealous y'all got a picture without masks!" another said.

Someone else wrote in response to people shaming the family, "Y’all should really get a hobby. Leave them alone."

Others chastised them for not following the rules.

"They're called rules for a reason. Disney COVID guidelines clearly state you cannot take your mask off at any point unless you are stationary AND actively eating and/or drinking. You cannot take off your mask for a quick photo. If we can't, he shouldn't be exempt from the rules," one person wrote.

"What ? Really.....have you seen the numbers of Covid cases in Florida...you risk your family and the families of others? THIS IS UNACCEPTABLE!!!!"

"This is a terrible example for his children and his fans," pointed out a fan.

"You're not even supposed to take them off for a photo. That's literally part of the park's rules. But I guess the rules don't apply to you. Anyone else would've been kicked out of the park," argued another.

Another user agreed, "We were not allowed to get photos without masks. He should not be [an] exception to the rule PERIOD."

Representatives for Disney and Aldean did not return Fox News' request for comment.