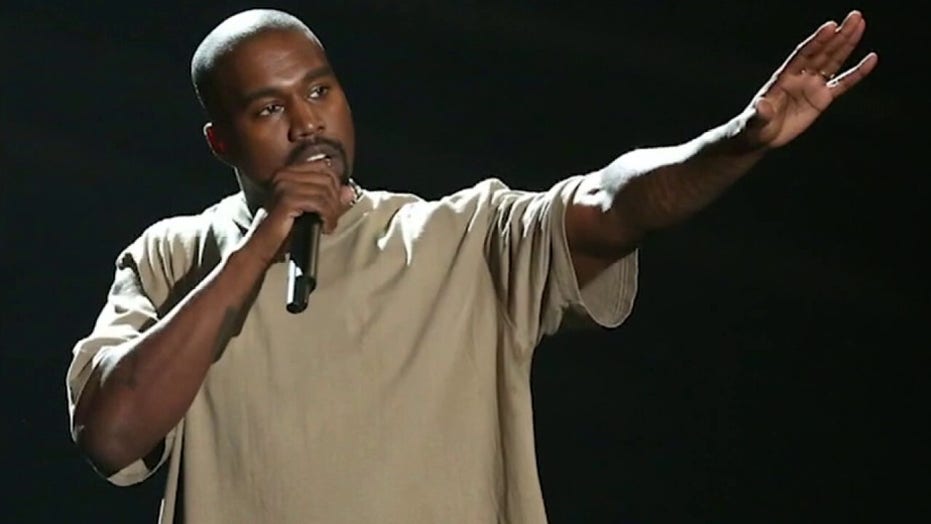 Rapper Kanye West released his first presidential campaign ad on Monday, calling on Americans to write him in on their ballots this November.

"We as a people will revive our nation's commitment to faith, to what our Constitution calls the free exercise of religion, including, of course, prayer," West said in the ad, which echoed messaging he's promoted in recent months.

"Through prayer, faith can be restored. We as a people are called to a greater purpose than ourselves. We are not only a beacon to the world, but we should be servants to each other, to encourage each other, to help each other, to lift up each other -- our fellow Americans, that we may all prosper together."

Tweeted on Monday, the ad shows West, 43, speaking against the backdrop of a black and white American flag. The ad also features footage of what appear to be families, something he emphasizes as integral to the county's well-being.

"We will build a stronger country by building stronger families. Families are the building blocks of society, of a nation. By turning to faith, we will be the kind of nation, the kind of people God intends us to be," he said.

"Friends writing me in," West tweeted, alongside a purported ballot with a list of presidential and vice presidential candidates.

After announcing his presidential bid earlier this year, West encountered some difficulty in getting his name on multiple state ballots. While West has made the ballot in several states, others, including Virginia and Arizona, have blocked his candidacy. A federal election filing from September showed that he's spent nearly $6 million on the race.

West previously caught headlines for his vocal support of President Trump, although he told Forbes in a July interview that he was “taking the red hat off." Democrats claim that West’s presidential run is a bid to siphon votes from Democratic presidential nominee Joe Biden.

While West said he would run as part of the "Birthday Party," his arguments have echoed those of Republicans and conservative activists -- particularly on abortion.

"Black babies lives matter," he tweeted on Monday. "1000 black children are aborted daily." In July, he similarly tweeted "over 22,500,000 black babies have been aborted over the past 50 years."

It's unclear how many Black abortions occur daily and how many have taken place since Roe v. Wade. However, Black babies have been disproportionately aborted in comparison to their share of the population.

The Centers for Disease Control and Prevention (CDC) confirmed this trend last November when it released its most recent report, which covered abortion trends in 2016. While the CDC noted that there were at least 137,510 in 2016, the total is likely higher as multiple states and the District of Columbia didn't provide the agency with data.