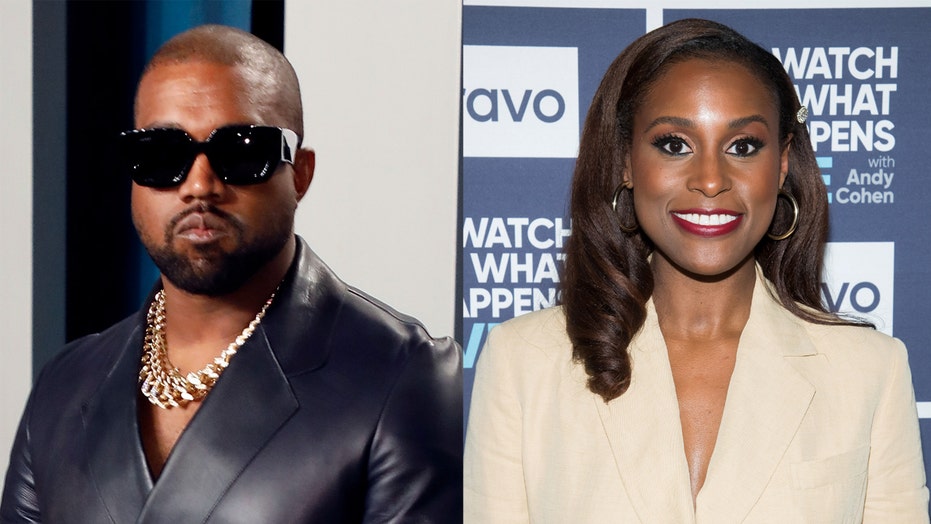 Kanye West isn't too pleased with the most recent episode of "Saturday Night Live."

The popular sketch show was hosted by actress Issa Rae and took aim at West's run for president during a sketch on Saturday night.

In the sketch, Rae, 35, plays an NAACP lawyer discussing political candidates, offering support for Black candidates, despite how little she knows about them, often flipping on her own viewpoints.

However, the clip ends with the suggestion that she'll soon discuss West's candidacy.

On Sunday morning, West, 43, took to Twitter to share his response alongside a screenshot of a Google search of Rae's name.

"Ive always said SNL uses black people to hold other black people back," he wrote. "My heart goes out to Issa Rae I’m praying for her and her family."

The rapper added: "I know that the twenty years of service that I’ve paid in the entertainment field has furthered our ability to be more successful."

Reps "SNL" declined to comment while reps for Rae did not immediately respond to Fox News' request for comment.

West has been actively using Twitter to encourage voters to write him in on their ballots, as he was unable to obtain a spot on ballots in many states.