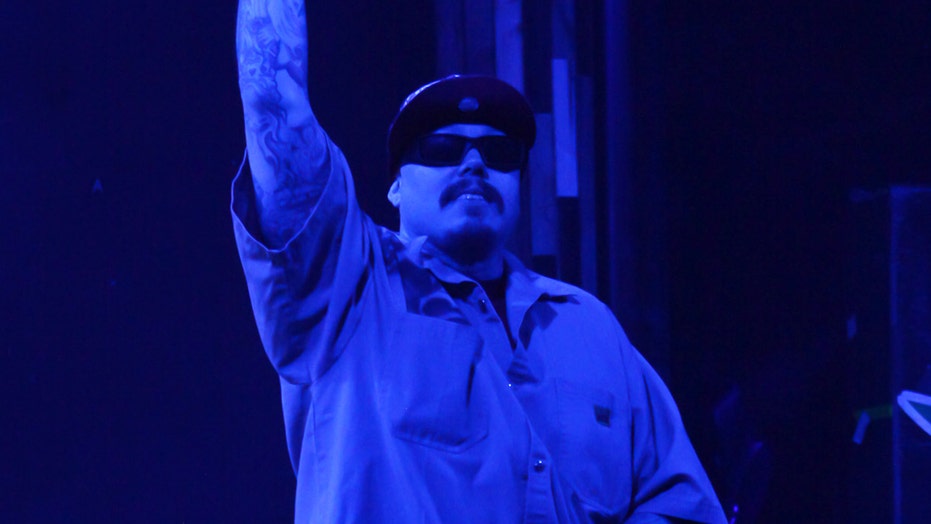 Saint Dog, one of the founding members of the hip hop group Kottonmouth Kings, died on Tuesday at age 44.

“Rest In Peace, Rest In Power to a true underground legend,” the post shared on Wednesday reads. “Saint Dog aka Saint Vicious passed away yesterday in Southern California. Saint was a unique individual that had a profound impact on anyone he came in contact with. While Saint is no longer with us, his music will live on forever. Rest easy, King.”

According to Deadline, Saint Dog, whose real name was Steven Michael Thronson, was found unresponsive at a friend’s home in Victorville, Calif., around midnight Wednesday morning. An autopsy will be performed to determine his cause of death but no foul play is suspected. A friend reportedly found the artists struggling to breathe and called 911.

CONCHATA FERRELL, ‘TWO AND A HALF MEN’ STAR, DEAD AT 77

The rapper founded the group alongside fellow musicians Daddy X, D-Loc, Lou Dog and DJ Bobby B in Southern California and rose to prominence in the late 1990s with several tracks dedicated to the legalization of marijuana.

Kottonmouth Kings released three albums before Saint Dog left the group to pursue a solo career. He released his debut album “Ghetto Guide” in 2004. However, he returned to Kottonmouth Kings to be a part of their 2015 record “Krown Power” and then officially rejoined in 2018, just in time to release their last album “Kingdom Come.”

“Our brother Steven “Saint Dog” Thronson left us yesterday. We will miss you and your big heart. You were one of a kind and our hearts our broken. But we promise to keep your legacy alive threw (sic) your music. Everyone please take some time and say a few words or tell a story about our fallen brother below. He touched so many and we will keep his legacy thriving,” the post reads.