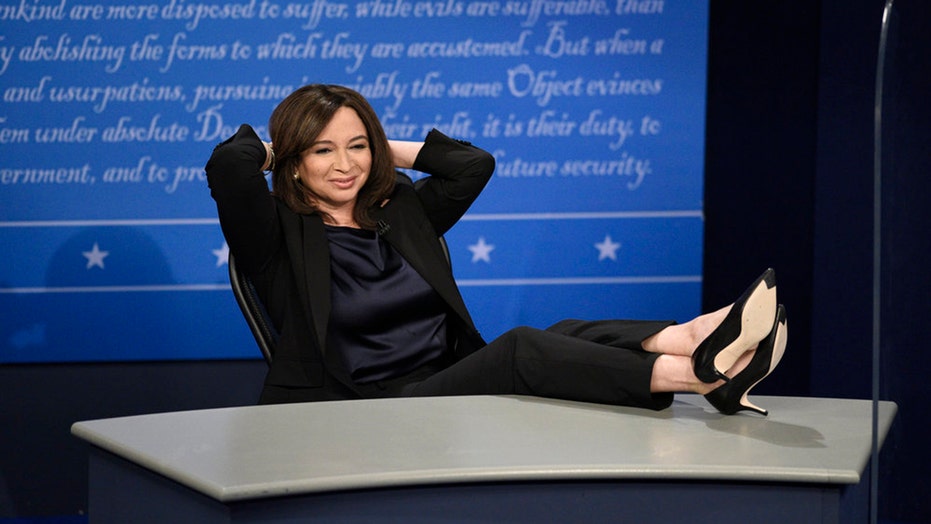 The sketch parodied a number of talked-about moments from last week’s debate, including Harris’ “I’m speaking” highlight and, of course, the fly on Pence’s head.

The issue of fracking, which was a major topic that came up during the real vice presidential debate, also made its way into the show's script.

“Let’s focus on the two issues that Americans do care about, swine flu and fracking,” Bennett's Pence says.

Rudolph’s Harris interrupted to note that Joe Biden does not want to ban fracking and did her best to sweep under the rug the fact that she used to be against it and began pandering to voters in the battleground state of Pennsylvania.

“Now if anyone should be talking about fracking, it’s my guy Joe Biden,” Rudolph’s Harris says. “Joe Biden fracks in his free time. Joe Biden will frack you so good Pennsylvania. And while I personally wanted to ban fracking, now that I know Pennsylvania loves it, I just want to say this.”

From there, Rudolph launched into an exaggerated Philly accent.

“Youz guys can bet on your Wawa cheesesteak hoagies and all the wooder in the Schuylkill River that Joe Biden ain’t banning fracking. Go Iggles,” she joked.

Despite the wink to Pennsylvania voters, the real crux of the sketch came when the show enlisted Jim Carrey once again to play Biden as he decides to teleport to the debate to “save the soul of this nation.”

From there, the sketch turned into a parody of the 1986 film “The Fly.” Carrey’s Biden arrives at the debate in fly form to mock Pence after stepping into an experimental teleporter, just like in the movie.