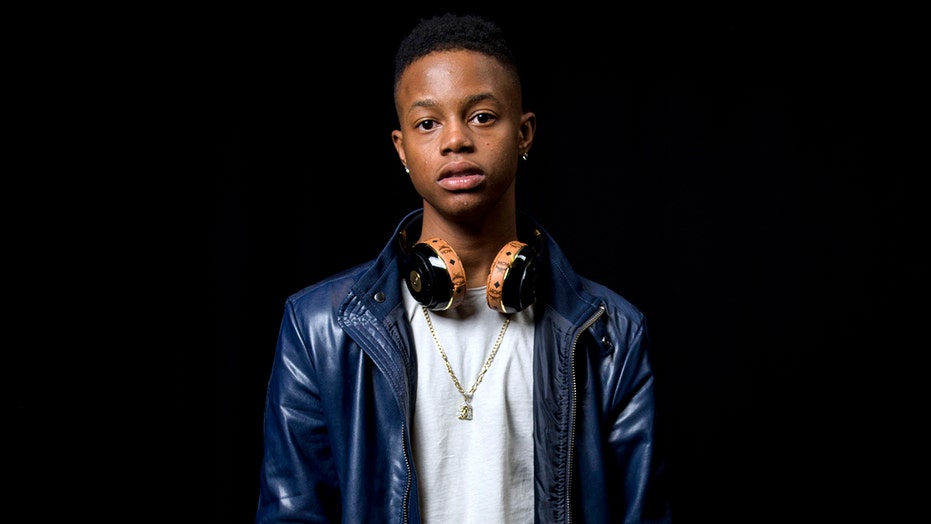 Rapper Silento, best known for the hit 2015 track “Watch Me (Whip/Nae Nae),” was arrested Friday and accused of driving 143 mph on Interstate 85 in Georgia.

The artist, whose real name is Richard “Ricky” Lamar Hawk, was charged with reckless driving, speeding, failure to maintain lane and improper stopping after DeKalb Police pulled him over around 3 a.m. An officer allegedly witnessed the musician’s white BMW swerving around traffic, which prompted the stop.

The Associated Press reports that Hawk initially argued with the arresting officer about how fast he was going before changing his story a bit. He eventually admitted that he was in fact speeding, but said it was because he is often followed when leaving events because of his fame.

He was reportedly at a club prior to his arrest promoting his new song and told officers he could go 143 mph because he’s not “a regular person,” the report said.

Rapper Silento poses for a portrait in New York. Silento, known for “Watch Me (Whip/Nae Nae)" and whose legal name is Richard Lamar Hawk, was charged Friday, Oct. 23, 2020 with driving 143 mph on an Atlanta interstate. The rapper faces several charges, including reckless driving and speeding. (Drew Gurian/Invision/AP, File)

On Sunday, Silento’s latest track “DXB Money” was released. On his Instagram, he promoted the new song with a caption that reads: “If You Ain’t Getting Money N---- We Can’t Relate Going Through The Fast Lane Without No Brakes.”

The arrest for speeding comes roughly one month after he was charged with allegedly threatening two strangers with a hatchet.

Prosecutors allege that Silento walked into an unlocked stranger's home in the Valley Village area of Los Angeles and swung a hatchet at the two people inside before one of them disarmed him.

The rapper was arrested and charged with assault with a deadly weapon. Prior to that arrest, he was charged with inflicting corporal punishment on a spouse or cohabitant at a Santa Ana home on Aug. 28.

The Atlanta rapper and singer had a major hit with “Watch Me (Whip/Nae Nae).”

Rapper Silento has been arrested multiple times in the past three months. (Jordan Strauss/Invision/AP, File)