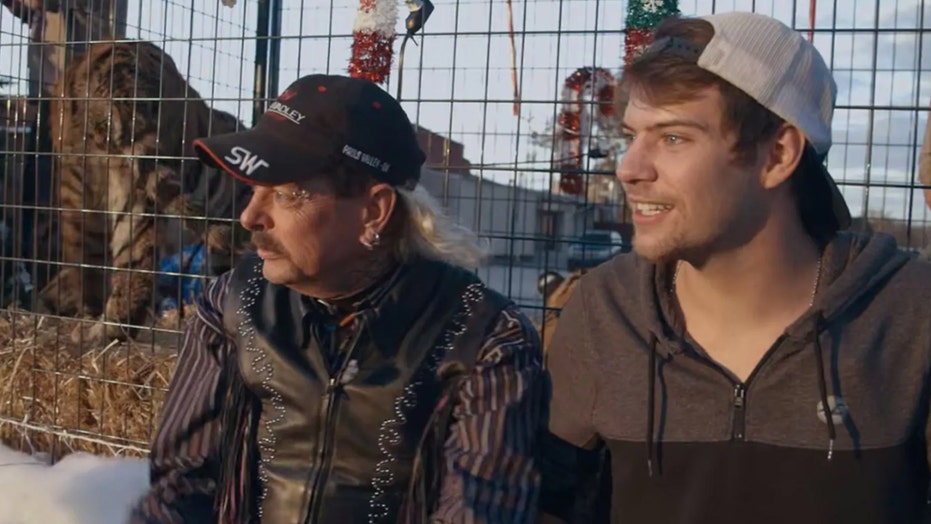 Dillon Passage, one of the breakout stars from the Netflix doc series "Tiger King," was arrested on Nov. 15 in Texas.

He was charged with driving while intoxicated and resisting arrest, two misdemeanor offenses, according to online jail records at the Travis County Jail.

According to TMZ, Passage failed a field sobriety test after the City of Manor police pulled him over.

The Manor Police Department did not immediately respond to Fox News' request for comment.

Exotic is currently serving a 22-year prison sentence for a failed murder-for-hire plot against his big cat rival Carole Baskin. He was found guilty in April 2019 and is being held at Federal Medical Center in Fort Worth, Texas.

"It's something that is a day-to-day thing," Passage explained. "It's kind of my normal life now. It's kind of weird to say, but I've kind of gotten used to our situation."

"The only thing that's keeping us going is really just hoping for the best and these lawyers seem like they have a really good plan to kind of get things executed," he added.

Passage also has been open about his issues with drug addiction and depression when he met Exotic. He told Entertainment Tonight that he credits Exotic for helping him during that dark time.

"Joe brought me out of my depression and made me feel like I was wanted," he said. "He was like the shining light that kept me out of that."