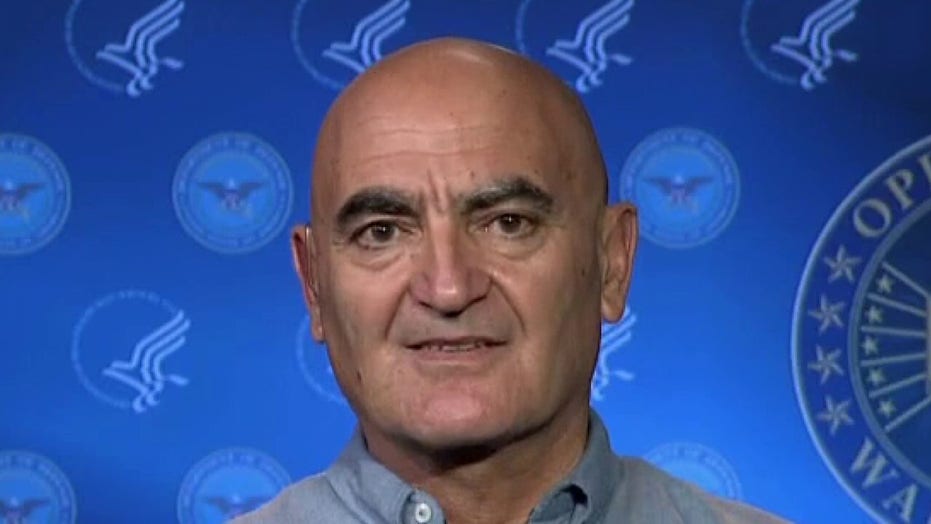 Approximately 20 million Americans could begin receiving a coronavirus vaccine during the month of December, pending approval by the Food and Drug Administration (FDA) and the recommendation of the Centers for Disease Control and Prevention (CDC), the scientific head of Operation Warp Speed said Monday.

Dr. Moncef Slaoui told "Bill Hemmer Reports" that both Moderna and Pfizer will be filing for Emergency Use Authorization permits with the FDA within the next two weeks.

The FDA, he explained, will then need "about a week or 10 days or so" to review both drugmakers' applications and decide whether or not to approve the accelerated release of their vaccines.

"[A]t that moment we are ready and prepared to start distributing enough vaccine doses during the month of December to immunize about 20 million of the U.S. population ... on an ongoing basis," Dr. Slaoui told host Bill Hemmer.

HOW MANY DOSES OF MODERNA'S CORONAVIRUS VACCINE WILL BE AVAILABLE?

"We'll have 40 million doses, more or less, avaiable in December, and it will allow us to immunize 20 million people, because it's two doses for each immunization," he explained further. "Then on an ongoing basis, month on month, we will have about enough to immunize 25 million people with these two vaccines.

"There are more vaccines in the pipeline that should come to fruition, hopefully, in the same way that the Pfizer and Moderna vaccine came," Dr. Slaoui added, pointing to candidates from New Jersey-based Johnson & Johnson and England-based AstraZeneca that he said could be approved "in the February-March timeframe."

Two more candidates, one from Maryland-based Novavax and a joint venture from French company Sanofi and U.K.-based GlaxoSmithKline, could be approved "in the April-May timeframe," he went on.

Dr. Slaoui went on to describe the news that Pfizer and Moderna's vaccines are 90% and 94.5% effective as "exhilarating."

"If you look more into the specifics of the data, there were 11 cases of severe disease in the placebo group and zero cases in the vaccine group in the Moderna trial, meaning that this vaccine is highly, highly effective against severe disease, it's effective in older people ... it's really excellent data."