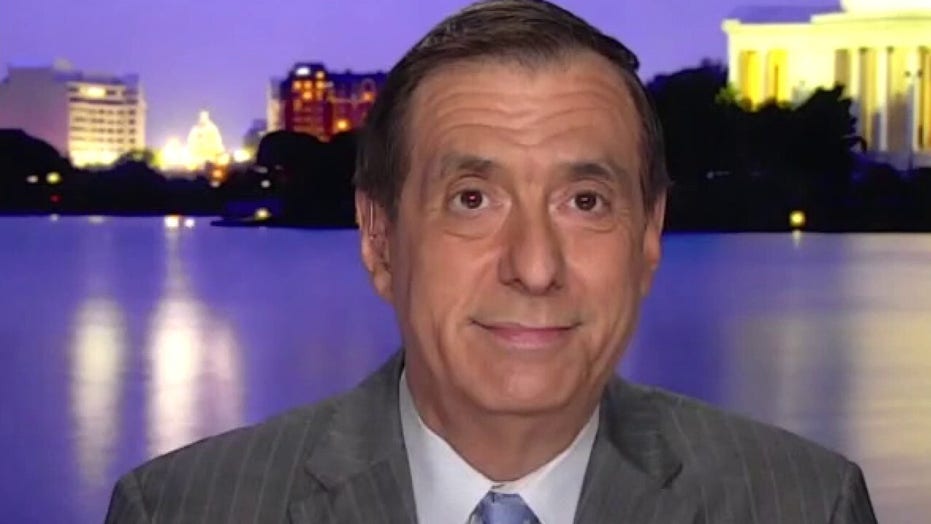 Fox News media analyst and host of 'Media Buzz' Howard Kurtz breaks it all down on 'Fox News @ Night.'

President Trump let everyone know just how he perceives NBC News' Kristen Welker -- the scheduled moderator for the upcoming presidential debate in Nashville, Tenn. -- calling her “terrible and unfair” Saturday in a pre-debate offensive attack.

“She’s always been terrible & unfair, just like most of the Fake News reporters, but I’ll still play the game. The people know! How’s Steve Scully doing?” Trump tweeted along with a retweet from son Donald Trump Jr., linking Welker and her family to prominent Democrats.

Welker’s family has donated tens of thousands of dollars to Democrats over the years and Welker and her family spent Christmas at the White House with the Obamas in 2012.

Trump’s Steve Scully comment was a reference to a C-SPAN journalist who was suspended, allegedly for lying about his Twitter account being hacked before he was set to moderate a scheduled Oct. 15 debate between Trump and Biden in Miami that was ultimately canceled.

Scully had sent out a tweet that some critics saw as biased against Trump over whether Scully should respond to the president's criticisms of him.

Prior to joining C-SPAN, Scully's jobs included being an intern for Biden and working for the late Democratic U.S. Sen. Ted Kennedy.

Trump frequently takes issue with interviewers and moderators, including Fox News’ Chris Wallace, who moderated the first debate Sept. 29 in Cleveland, and NBC’s Savannah Guthrie, the moderator for Trumps’ town hall that aired in place of the canceled Miami debate.

The president accused both of them of being unfair to him.

“Anyone who’s ever dealt with Welker knows she’s an activist, not a reporter," a senior White House official told the New York Post.

“I have a very high opinion of Kristen Welker,” he said. “I think she's going to do an excellent job as the moderator for the third debate. I think she's a journalist who’s very fair in her approach and I think that she'll be a very good choice for this third debate."