Dr. Harvey Risch of the Yale School of Public Health joins 'The Ingraham Angle' with reaction

Joe Biden is conning the American people. He is lying about COVID and he is lying about the economy. We are not in the midst of a dark long winter. We are on the cusp of a bounteous blooming spring.

President Biden doesn’t want you to know the good news. Why? Because then you will refuse to write him and his Democrat colleagues a big fat $1.9 trillion blank check.

And, because if the virus disappears in the next few months, even the most gullible CNN-watching Biden groupie will know that Donald J. Trump conquered COVID, not Joe Biden.

Some radicals might even conclude that President Trump’s Operation Warp Speed has delivered a miracle.

Consider the facts. COVID cases have dropped by more than 70% in recent weeks, more than the "experts" predicted. Fatalities, which lag cases, are also plummeting. Vaccine delivery is ramping up, and already some 15% of Americans have received a shot.

Johns Hopkins’ Dr. Mark Makary, writing recently in the Wall Street Journal, concludes that the welcome collapse in virus cases, which began in January, cannot be attributed solely to the end of holiday festivities or the start-up of vaccines. He says it also suggests that the medical community is vastly underestimating the number of people in the country who have contracted the virus, are asymptomatic, and who have developed immunities.

Makary thinks, assessing the data, that "The country is racing toward an extremely low level of infection."

He concludes that the U.S. is nearing "herd immunity" and that "COVID will be mostly gone by April, allowing Americans to resume normal life."

Joe Biden doesn’t want you indulging in such happy daydreams. Instead, he wants you to be afraid, and to stay home.

Asked at a recent CNN town hall when the country might get back to normal, Biden meandered, first saying that maybe by Christmas we would see progress, but then suggesting that "a year from now, I think that there will be significantly fewer people having to be socially distanced, have to wear a mask, instead of – but we don't know."

Biden continued: "it is highly unlikely that by the beginning of next year, school – traditional school year in September, we are not significantly better off than we are today."

So, Biden thinks we’ll get back to normal by Christmas, or by February 2022, or maybe by September. But, he doesn’t really know.

Makary isn’t alone in reading good news in the virus statistics. Youyang Gu, a data scientist whose model has proved the most accurate forecaster of COVID deaths, predicts we will reach herd immunity (or "normality," as his team now calls it) by June/July. Not as soon as April, but soon.

None of these forecasters suggests we should drop all precautions. Indeed, progress may require continued mask-wearing and social-distancing for the next few months. But by early summer, we can resume our pre-COVID lives.

Given this prospect, the priorities are clear: we need to reopen our country. That is the stimulus the U.S. needs, not a $1.9 trillion spend-a-thon that tosses $135 million to the National Endowment for the Arts, $750 million to address global health issues, $10 million for "Native American language preservation" and a host of other unrelated Democrat goodies. 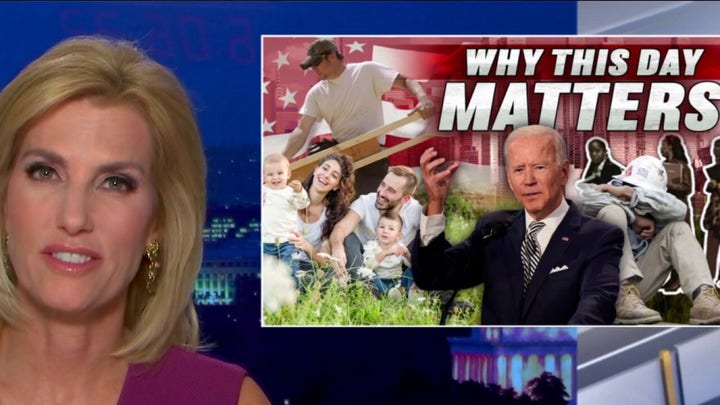 Importantly, not a bill that includes $350 billion to bail out mismanaged blue cities and states or one that hikes the minimum wage to $15 per hour, threatening struggling small businesses.

With more than $1 trillion still unspent from prior bills, the Democrats’ proposal is irresponsible. It carries the near-term risk of inflation and the longer-term problem of undermining the dollar.

We need to pause, and let the current economic momentum carry us forward. People are itching to get back to their pre-COVID lives, and have the means to make it happen.

Economists who had lowered forecasts for near-term growth after some tepid job reports have become more optimistic; the Atlanta Fed’s GDPNow series projects first-quarter growth at 9.5%.

We are making all this progress even with significant industries, like airlines and entertainment, and some big states still locked down. California and New York, which together account for nearly one-quarter of the nation’s economy, are still largely under wraps. 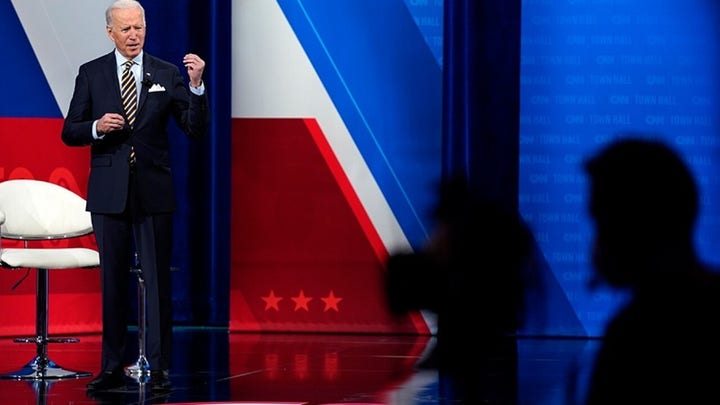 Indifferent to the risks and ignoring reality, Democrats are pushing ahead with their budget-busting "American Rescue Plan," hoping that Americans won’t notice the good news about our economy and about COVID. They haven’t even bothered to argue the bill’s economic merits, but instead claim that polling shows the measure to be popular.

Thus they inadvertently reveal their real rationale – that the taxpayer largesse will allow them to keep control of Congress in 2022.

There are people suffering in our country, and we need to help those folks. We must protect people who have lost their jobs because of COVID, and businesses teetering on the brink of failure. That’s what the GOP counteroffer of $600 billion would have done, the sensible alternative that Joe Biden ignored, even as he pretends to want bipartisan support.

Joe Biden’s White House may be the first in history to cover up – not bad news – but good news. Either way, it’s a con.

Liz Peek is a Fox News contributor and former partner of major bracket Wall Street firm Wertheim & Company. A former columnist for the Fiscal Times, she writes for The Hill and contributes frequently to Fox News, the New York Sun and other publications. For more visit LizPeek.com. Follow her on Twitter @LizPeek.