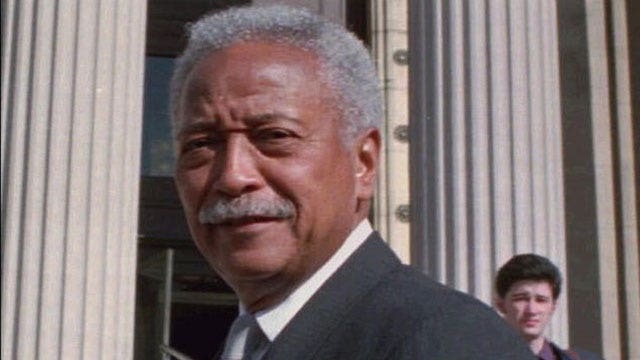 David Dinkins, who died Monday at age 93, was New York City’s only Black mayor and a true champion for equality. In a year already overflowing with multiple crises and a deadly pandemic ravaging the nation, he leaves behind a legacy of what it means to serve our country and how to lead with courage and grace.

Dinkins famously called New York City’s diversity a “gorgeous mosaic.” He was one of the most elegant pieces of that mosaic. Dinkins, Manhattan Borough President Percy Sutton, New York Secretary of State Basil Paterson, and U.S. Rep. Charles Rangel were known to New Yorkers as the “Gang of Four.” We considered them coolest, smoothest Black men ever.

Sadly, only Rangel is left. But the legacy of activism and success of these great men — in both the public and private sectors — lives on in the current generation of Black leaders in New York and beyond.

During his four-year term as mayor that began in 1990 Dinkins lowered New York’s crime rate for the first time in 30 years. He cleaned up and revitalized Harlem, the South Bronx, Brooklyn and Times Square.

And Dinkins led the most diverse administration in New York City history, with women, Puerto Rican, Black, and gay people in key leadership positions, including as police, fire, and mental health commissioners.

Dinkins’ mayoralty was marred by commercial boycotts and the 1991 Crown Heights riot. He met with both the Black and Jewish communities in Crown Heights to appeal for harmony, and he visited Israel that year to show his support for the nation during the Gulf War.

But it’s more than Dinkins’ time as mayor of New York City that defines him and the “greatest generation” of Black leaders from New York. When we heard the sad news of Dinkins’ passing their names came flooding back to us.

In addition to those mentioned above, there was Shirley Chisholm, the first Black woman elected to the U.S. House, who represented parts of Manhattan, Brooklyn, and Queens from 1969 to 1983 and ran for president in 1972.

There was also Judge Bruce Wright, who served on the New York state Supreme Court for 25 years beginning in 1979. He denounced racism in the criminal justice system, long before our current fight to pass the George Floyd Justice in Policing Act.

Other prominent Black New Yorkers who were contemporaries of Dinkins included Roscoe Brown, a Tuskegee airman in World War II who went on to direct the Institute of Afro-American Affairs at New York University and later served as President of Bronx Community College.

And it’s not just Dinkins and his fellow elected leaders. There were the activists too. Jitu Weusi, a New York City school teacher, took on the United Federation of Teachers in 1968 to fight for the rights of Black and Puerto Rican students in Ocean Hill-Brownsville.

Sam Pinn was a civil rights activist and the chair of the Brooklyn Congress of Racial Equality (CORE). The Rev. Bill Jones, who was close to the Rev/ Martin Luther King, Jr., served as minister of Bethany Baptist in Bedford-Stuyvesant for 43 years.

And of course, there is the Rev. Dr. Herbert Daughtry (father of one of the authors of this op-ed), “The People’s Pastor,” who founded the African People’s Christian Organization and the National Black United Front,  and, like us, worked on the Rev. Jesse Jackson’s 1984 presidential campaign.

So many greats. So many firsts. And so many memories.

Dinkins and the incredible constellation of Black elected officials, community and religious leaders, and civil rights activists of his generation paved the way for future Black leaders in New York, including U.S. Reps. Ed Towns, Major Owens, Floyd Flake, Gregory Meeks, Yvette Clarke and Hakeem Jeffries, along with current state Attorney General  Letitia James,. They broke the glass ceiling for our communities of color to rise-up to the New York City Council, State Assembly, Borough presidents, and other positions of public service that benefited all the people of the city and state.

Last but certainly not least, Dinkins’s legacy lives on in the election of Kamala Harris to become America’s first Black, South Asian and female vice president.

So while we mourn the death of David Dinkins and the deaths of so many great Americans in 2020, let’s also celebrate their great “firsts” and continue the eternal fight for justice and equality for all that characterized Dinkins’ life and the lives of so many others.

CLICK HERE FOR MORE FROM THE REV. LEAH D. DAUGHTRY

The authors co-authored the book “For Colored Girls Who Have Considered Politics” with Yolanda Caraway, Minyon Moore and Veronica Chambers.

The Rev. Leah D. Daughtry is a faith leader, political strategist, activist-organizer and author. She was CEO of the 2008 and 2016 Democratic National Conventions.