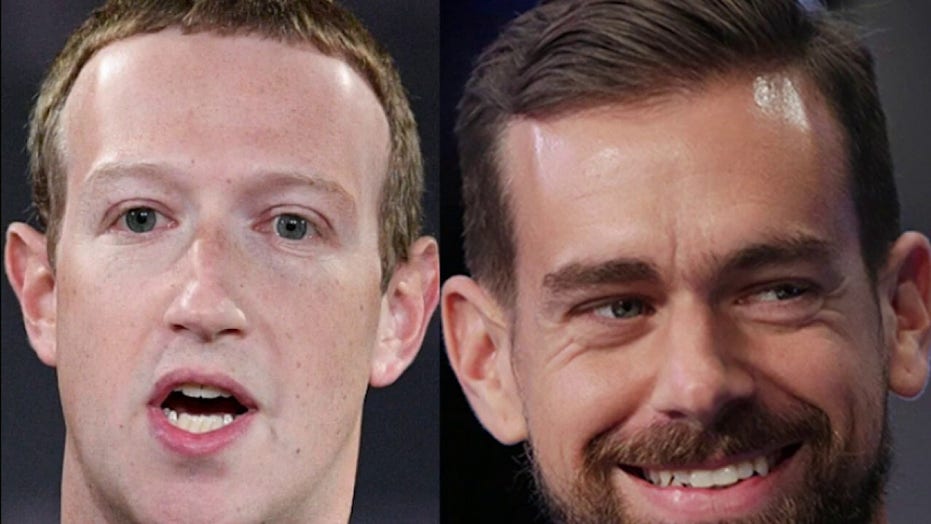 High-pitched partisanship characterized a Senate committee hearing Wednesday on Big Tech’s bad behavior, with CEOs Mark Zuckerberg of Facebook, Sundar Pichai of Google and Jack Dorsey of Twitter coming under fire by both Democrats and Republicans.

The CEOs were attacked for a range of practices, including censoring tweets and other posts from conservatives while not blocking content from liberals and foreign dictators, and for contributing to the decline of local newspapers and broadcasters.

While Zuckerberg, Pichai and Dorsey did their best to appear contrite and cooperative at the hearing — conducted virtually from multiple locations due to the coronavirus pandemic — most senators on the Commerce, Science and Transportation Committee were undeterred in their criticism.

Sen. Jacky Rosen, D-Nev., capsulized the committee’s zeitgeist in a bipartisan critique of the companies, telling the CEOs: “It is not about what you can or cannot do. It’s more about what you will or will not do.”

The emails discussed Hunter’s foreign business dealings and alleged efforts to profit from influencing his father — then the vice president of the United States — on behalf of the foreign businesses. Joe Biden has denied any improper conduct.

Wicker cited a blatant double standard of selective censorship, contrasting the willingness of social media companies to allow the wide dissemination of New York Times stories regarding the amount of taxes President Trump has reportedly paid. This is a stark contrast to Twitter and Facebook efforts to suppress negative stories about Hunter Biden, he pointed out.

A key issue before the committee and Congress is Section 230 of the Communications Decency Act of 1996, which provides enormously valuable protection to social media companies from lawsuits. Section 230 says that the social media companies cannot be held legally liable for material posted on their sites — unlike publishers of newspapers, magazines and books, who can be sued for libel for publishing certain types of false information.

The idea behind Section 230 is that sites like Facebook, Twitter and Google are akin to bulletin boards, where anyone can post any material, with limited exceptions such as pornography. However, when the sites censor or edit posts they become more like traditional publishers, who select and edit what they publish and are liable for the content.

TWITTER CEO DORSEY PRESSED BY CRUZ ON RESTRICTING HUNTER BIDEN STORIES: 'WHO THE HELL ELECTED YOU?

An indignant Sen. Ted Cruz, R-Texas, said at the hearing that Google is one of the most powerful companies in the world. He dubbed Twitter’s conduct the “most egregious” of all Tech Giants and could not contain his contempt when Twitter CEO Dorsey refused to acknowledge that the company has the power to influence our elections.

Democrats pushed back on the tone and timing of the hearing, alleging it was all about “electoral politics” at the eleventh hour of a hotly contested election. 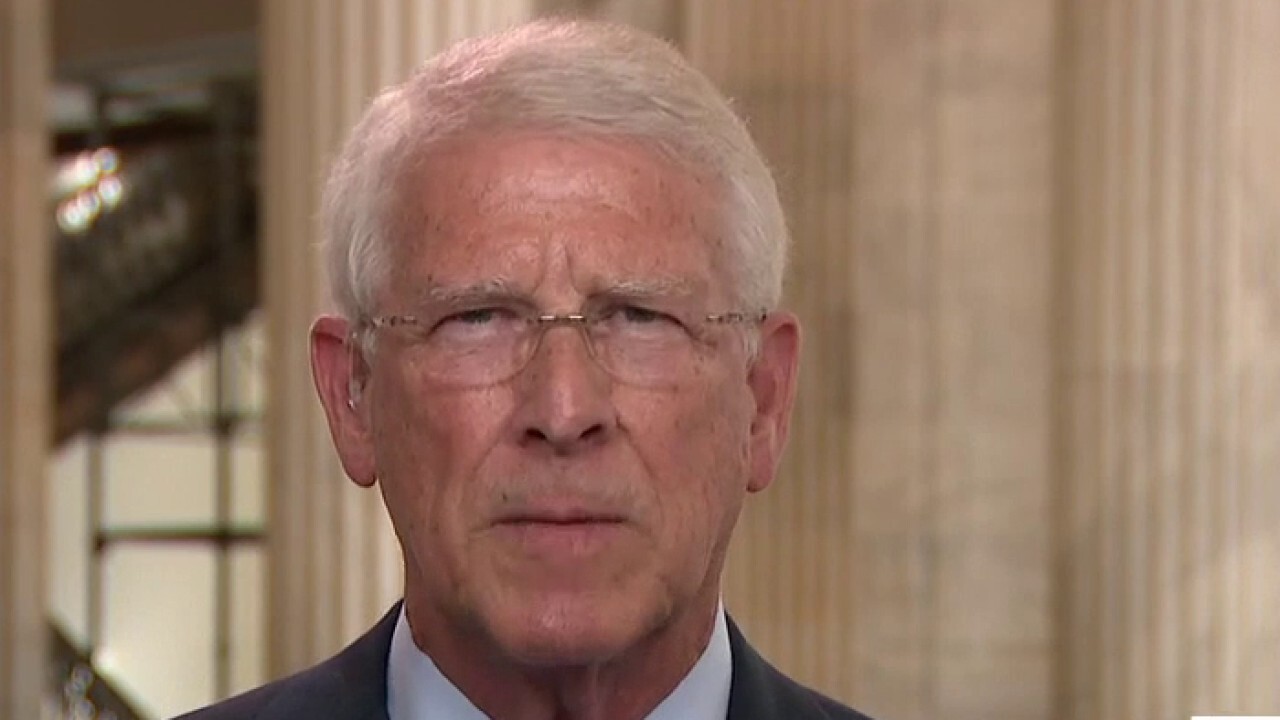 Ranking committee Democratic Sen. Maria Cantwell of Washington state argued for a broader discussion, including the impact of Big Tech’s harmful impact on local newspapers and broadcasters. She also called for an examination of Russian and other foreign interference in our elections. It was a theme adopted by other senators.

Beyond that, the hearing pointed out an evolving paradox in the debate on Big Tech regulation. Traditionally, Republicans promote using only a light touch in regulating business, while Democrats support a bigger role for government regulation.

But that appears to have shifted, at least in terms of the Section 230 debate, which has challenged these norms. That noted, here is my take on the winners and losers from Wednesday’s hearing:

Free Speech — If there is any constitutional principle that is popular, well-entrenched and nonpartisan, it is free speech. This fundamental freedom rang through the hearing loud and clear and emerged as a guiding beacon for both parties’ self-enlightened arguments.

Local Newspapers and Broadcasters — The point that Big Tech has hurt local newspapers and broadcasters was a key admission that lays a foundation for those industries to build upon in the next Congress. Balancing the regulatory ledger has been a priority for these legacy businesses that have suffered from Big Tech’s dominance.

The New York Post — The newspaper has benefitted immensely from the decisions by Facebook and Twitter to stifle its reports. It could not have bought better publicity.

Sen. Ted Cruz — The Texas senator’s piercing, hyper-partisan questions positioned him at the front of the GOP presidential line for 2024, and even managed to be somewhat populist in appeal.

Sen. Maria Cantwell – The ranking Democrat demonstrated her command of the issues and the politics in complete context. If the Senate flips to Democratic control in the election next week, as expected, the committee gavel could be hers for the asking.

Mark Zuckerberg – The eerily emotionless founder of Facebook came across as the most straightforward, honest and reasonable leader of the three Tech Giants assembled. While he dodged a few questions and appeared uneasy, he redeemed the day by volunteering to be regulated and helpful.

Twitter’s Global Leaders Policy — As Jack Dorsey squirmed to distinguish how Twitter puts negative labels disputing or questioning some of President Trump’s tweets — but not those of foreign dictators like Iran’s Supreme Leader Ayatollah Ali Khamenei under the same policy — all credulity went out the window.

Facebook’s Balance of Competing Equities — Zuckerberg’s attempt to explain how Facebook has to balance equally important concerns of privacy and freedom of expression somehow did not pass muster.

Jack Dorsey — The Twitter CEO lost in just about every category there is. From the missed trip to the barbershop for a much-needed beard trim to the failure to acknowledge his platform’s inherent power to influence the election, Dorsey just did not rise to the occasion.

Google — The company was something of a third wheel on a bicycle. By not losing, it sort of won, although it did take a few hits.

Privacy — This important issue never quite got the fair hearing it deserves as a consumer and competitive concern.

YET TO BE RESOLVED

Industry Accountability and Compliance — With Zuckerberg leading the way for closer cooperation with Congress and regulators, there is hope that Big Tech will be less recalcitrant and more compliant. This could mean a shorter timeline for a true solution to problems with the performance of the companies, but more importantly that Big Tech will accede to greater accountability.

Transparency and Self-Regulation — If tech companies could develop and enforce a credible system of transparent rules and self-regulation that are fair, universal and equally applied, their plight would be easier.

Bipartisanship — Any type of regulation or congressional action against Big Tech will require time, focus and bipartisanship. If Democrats control the Senate and the House in the 117th Congress, they will need to work across the aisle to accomplish anything on privacy, data security and other core tech issues.

As the 116th Congress nears an end, it will adjourn with no meaningful legislation on privacy, competition, data security, election interference, content moderation standards, transparency or regulation of Big Tech.

Whether Donald Trump or Joe Biden is in the White House next year, the new Congress will have a new agenda and should make many of these issues top priorities.

Adonis Hoffman is CEO of the Advisory Counsel, LLC. He served in senior legal and policy roles in the U.S. House of Representatives and the Federal Communications Commission.