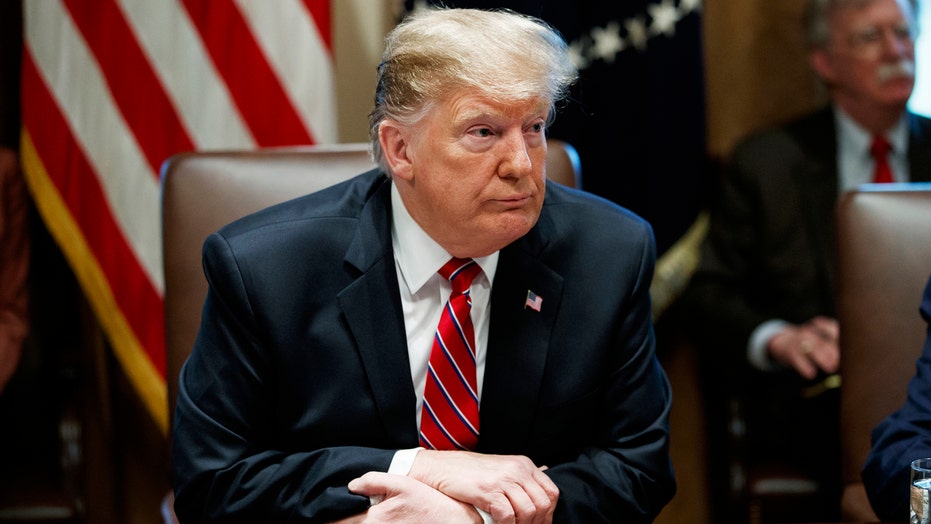 Trump hits the road with three months remaining in race, says he faced similar polling deficits against Hillary Clinton in 2016; reaction and analysis on 'The Five.'

As the confirmed death toll from the coronavirus pandemic in the U.S. approaches 150,000, President Trump continues to mismanage the federal response.

The president gets tested for COVID-19 frequently — unlike the rest of us — and everyone who works closely with him is tested. But he has only been seen in public once wearing a mask (in a hospital).

Trump has been seen ignoring social distancing rules, criticized his own health experts for not allowing faster reopening of businesses, spoken at large gatherings of thousands of people in Oklahoma and South Dakota, shared uninformed and downright dangerous ideas (using household disinfectants on people), and seems determined to open schools no matter what.

Unlike Trump, millions of Americans — including me — can’t get coronavirus tests back quickly to learn if we have COVID-19. I recently got tested and it took me eight days to get the results back, finally learning I tested negative for the virus.

And I was one of the lucky ones. Tests have been taking up to two weeks in many instances as cases of coronavirus surge across the South and Southwest and the U.S. continues to lag the rest of the world in testing capacity.

But I don’t live in the South or Southwest. I’m in New York City, where the coronavirus is still with us but manageable. My governor and mayor have guaranteed that testing would be widely available — and fast.

But getting a test isn’t very useful if you have to wait many days or even weeks to get the results. And right now medical labs nationwide are flooded with tests from Florida, Arizona, Texas California and other states where the pandemic is rapidly worsening.

It’s nearly impossible to open up the economy under these circumstances.

Against this backdrop, White House press secretary Kayleigh McEnany claimed last week that President Trump is tested “multiple times a day” and “is the most tested man in America.”

But then Trump said he isn’t tested nearly that much. Who really knows? No one would deny it’s important that president is coronavirus-free, especially after we learned Monday that National Security Adviser Robert O’Brien has tested positive for the coronavirus.

But the dichotomy between how Trump is living and how millions of Americans are left without the capability to keep themselves and their families safe — let alone open up their businesses — underscores a fundamental feature of this administration: rules for thee but not for me.

The testing example is particularly egregious considering the president’s rhetoric these past several months. He has regularly advocated for less testing to avoid having more cases that will him look bad — logic that no one can make any sense of — and has referred to testing as a “double- edged” sword.

And though Trump has been doing his best to strike a different tone in recent days when it comes to the seriousness of the virus, many Americans won’t forget the 22 times he said that the coronavirus would just go away soon. There is no doubt that our response has been slowed due to his refusal to take the virus seriously.

The reality is that the death count is the ultimate measurement of how serious the pandemic is. No matter how many or how few tests we conduct, the U.S. is the leader by miles in the number of coronavirus deaths. Deaths are not caused by testing. Deaths are caused by the disease COVID-19. If you don’t test you won’t know the cause of these deaths, but people will still die and people will still get sick.

If we stopped all medical testing for cancer, heart disease, and dozens of other diseases the diseases wouldn’t disappear. We just would be able to treat anyone for the diseases and would have no explanation for why people were dying.

Coronavirus testing isn’t the only area that President Trump is living by a different set of rules. As elected officials on both sides of the aisle grapple with the reality of having an election during a pandemic, they are pushing voting by mail so that their constituents can exercise their constitutional right to vote safely.

But Republican elected officials are coming up against strong headwinds from an unlikely source: the leader of their own party. President Trump continues to push the conspiracy theory that voting by mail is fraudulent.

Why? Because Trump is afraid if too many Americans vote he will lose the presidential election in November. The truth is that there isn’t evidence that mail-in voting leads to widespread voter fraud, despite false claims by the president.

Never letting reality get in his way, Trump recently tweeted that mail-in voting will lead to the “most corrupt election in our nation’s history!”

Attorney General William Barr is the latest member of the Trump Cabinet to peddle this false theory, telling Maria Bartiromo of Fox News that voting by mail would open “the floodgates of potential fraud.”

Republicans are frustrated. For instance, the Republican County chairman in Fond du Lac County in Wisconsin, Rohn Bishop recently said: “What the president is doing when he keeps saying that this mail in balloting this is fraudulent, he’s scaring our own voters from using a legit way to cast your ballot. We’re kind of hurting ourselves, and I don’t think that’s the wisest way to go.”

And guess what? The president himself votes by mail. And a huge chunk of his inner circle has done so, too. Vice President Mike Pence has. First lady Melania Trump and the president’s daughter Ivanka have voted by mail. Kayleigh McEnany has done it more than 10 times.

Rules for thee but not for me.

It isn’t new that Trump lives by a different set of rules than the rest of us. He claims he’s always right, a “very stable genius” and the victim of the “deep state” the “fake news” media, and many other enemies. He regularly accuses those who say derogatory things about him of crimes, including treason.

What is different this time is that when it comes to coronavirus testing and voting, Americans are being denied their constitutional right to cast ballots and many are falling seriously ill and dying.

As the Supreme Court has ruled, no one is above the law, not even the president. It’s time he acted like it.

Jessica Tarlov currently serves as a contributor for FOX News Channel (FNC), offering political analysis and insight across FNC and FOX Business Network’s (FBN) daytime and primetime programming. She joined the network in 2017.