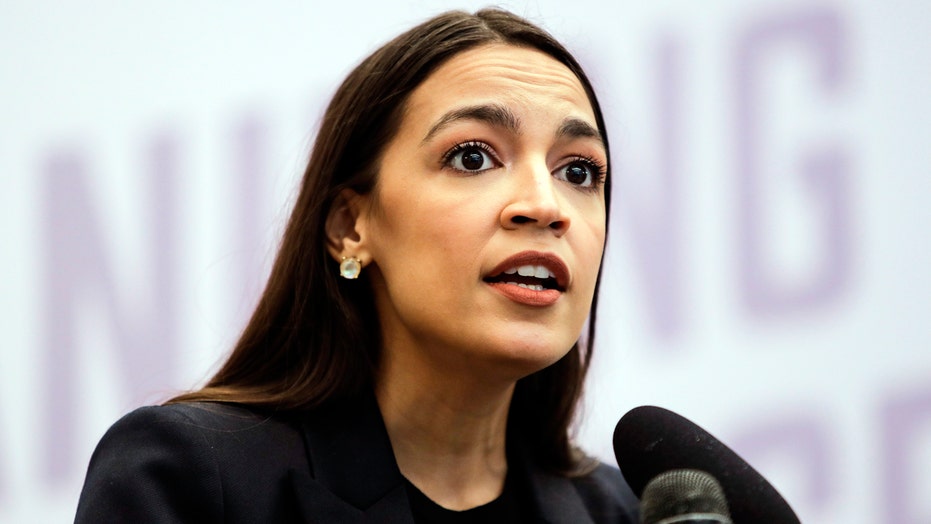 AOC pressures Biden to 'keep his promise' on progressive platform

Rep. Alexandria Ocasio-Cortez and Sen. Ted Cruz traded barbs over whose party is responsible for a high-stakes stalemate over another coronavirus aid package after Congress left Washington for a weeklong Thanksgiving recess with no deal in place.

"People across the country are going hungry, COVID is set to explode, and Mitch McConnell dismissed the Senate last week," Ocasio-Cortez, D-N.Y., tweeted Monday. "I don’t know how these people can sleep at night. I really don’t."

Firing back at the progressive firebrand, Cruz accused Democrats of repeatedly blocking a scaled-back stimulus proposal backed by the majority of Senate Republicans.

"Why is your party filibustering $500 billion in COVID relief?" the Texas Republican asked. "And Joe Biden is cheering them on. Thinking that blocking relief somehow helps Dems win Georgia."

Ocasio-Cortez, alongside other House Democrats, previously voted to pass the $3.4 trillion HEROES Act in May, and the updated, scaled-backed $2.2 trillion legislation in October.

"The House doesn’t have filibusters, @tedcruz," she shot back. "We also passed several COVID relief packages to the Senate that not only include >$500 billion, but also prioritize helping real people as opposed to Wall St bailouts the GOP tries to pass off as 'relief.' Nice try though."

Democrats in the Senate have more than once filibustered a vote on the scaled-back GOP proposal, most recently at the end of October. The bill, less than a third of the size of the $2.2 trillion figured back by Democratic leaders, included boosted federal unemployment benefits, another round of funding for the Paycheck Protection Program, a key small business rescue program, money for schools and liability protections for businesses.

Cruz replied: "AOC seems not to know there are Democrats in the Senate. Or that Joe Biden (also a Dem) is publicly calling on Senate Dems to continue filibustering COVID relief because he thinks it will help them win Georgia."

For months, Congress has struggled to reach an agreement over another round of emergency relief for families and businesses still reeling from the pandemic after they passed the $2.2 trillion CARES Act in March. Ocasio-Cortez was one of the few lawmakers to vote against the bipartisan legislation, which she said left out key Democratic priorities. Cruz voted for the bill.

While there is broad support among members of both parties to pass another coronavirus relief bill, they disagree sharply over the size and scope of it. With just eight legislative days left in their calendar, it's increasingly unlikely that lawmakers will be able to strike a deal before the year ends.

Key policy differences, including funding for a virus testing plan, aid to state and local governments and tax cuts for low- and middle-income families, have confounded lawmakers since May, and they remain no less of a challenge in the wake of the 2020 election.

But the deadlock comes at a perilous time for the U.S. economy: Some 12 million Americans will be left with no income the day after Christmas after two federal jobless aid programs created in March expired, according to a study published by the Century Foundation, a nonprofit think tank.

Pandemic Unemployment Assistance, a program created to provide jobless benefits to gig workers and others typically not eligible for benefits, and Pandemic Emergency Unemployment Compensation, which extends state unemployment benefits an extra 13 weeks, are both set to lapse at the end of the year.

Another program that padded jobless aid by $600 per week ended in July.

Job losses remain elevated, and as COVID-19 cases surge across the country, prompting state and local governments to implement new lockdown measures, economists are increasingly warning of a bleak winter.

“There hasn’t been a bigger need for it in a long, long time here,” Federal Reserve Chairman Jerome Powell said last week, his latest appeal to Congress and the White House regarding another stimulus package.