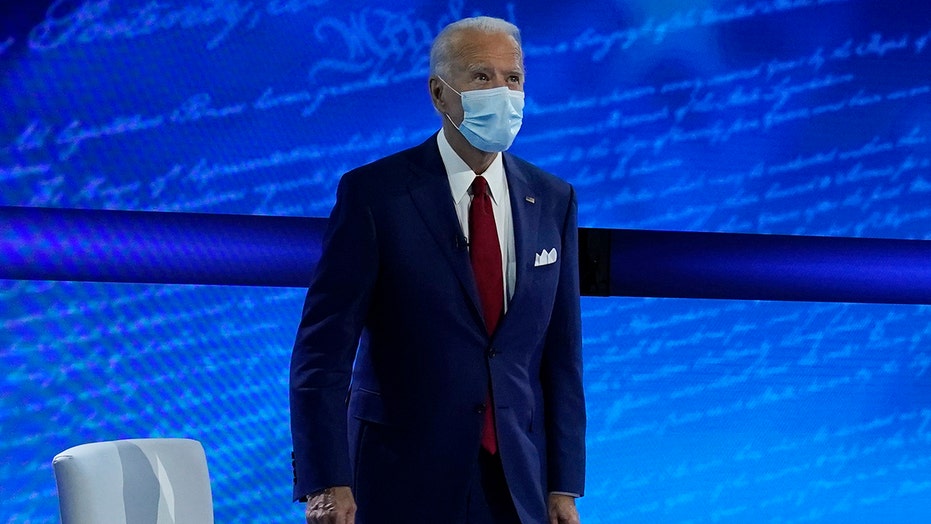 Democratic presidential nominee Joe Biden pushed back at a town hall Thursday against suspicion from a boilermakers union member regarding his position on fracking by insisting that the union endorsed him, when no such endorsement appears to have been given.

During the ABC event, host George Stephanopoulos brought up Biden's claim that he does not want to ban fracking, while noting that Boilermakers Local 154 member Sean Steffee told the New York Times that this is inconsistent with his goal of ending the use of fossil fuels.

"The boilermakers overwhelmingly endorse me, okay?" Biden responded. "So the Boilermakers Union has endorsed me because I sat down with them, went into great detail with leadership, exactly what I would do, number one."

The International Boilermakers Union, however, made it clear on its website that it has not endorsed anyone. The Local 154 endorsed President Trump in a September message from business leader John Hughes.

"It is with great honor that I write this letter to endorse your campaign as you run for re-election of the President of the United States," Hughes said. "I am happy to support your administration as you have proven to be a true friend of the Boilermakers, and I wish you the best of luck in your campaign."

Fox News reached out to the Biden campaign for comment but they did not immediately respond.

Biden has faced criticism for being vague in how he has addressed fracking.

During a July 2019 debate, CNN's Dana Bash asked him, "Just to clarify, would there be any place for fossil fuels, including coal and fracking, in a Biden administration?

"No, we would -- we would work it out," Biden said. "We would make sure it's eliminated and no more subsidies for either one of those, either -- any fossil fuel."

Biden took a different tone when addressing a more targeted audience in Pennsylvania, a key battleground state. In an April interview with Pittsburgh's KDKA, Biden said he would only ban new fracking on federal property, claiming that this would only impact a small percentage of overall fracking.

Steffee told the Times that Biden and running mate Sen. Kamala Harris had "been totally unclear” about their position on fracking.

“You can’t have it both ways,” Steffee said. “My members and my local, we’re done riding the fence. We made a stand.”