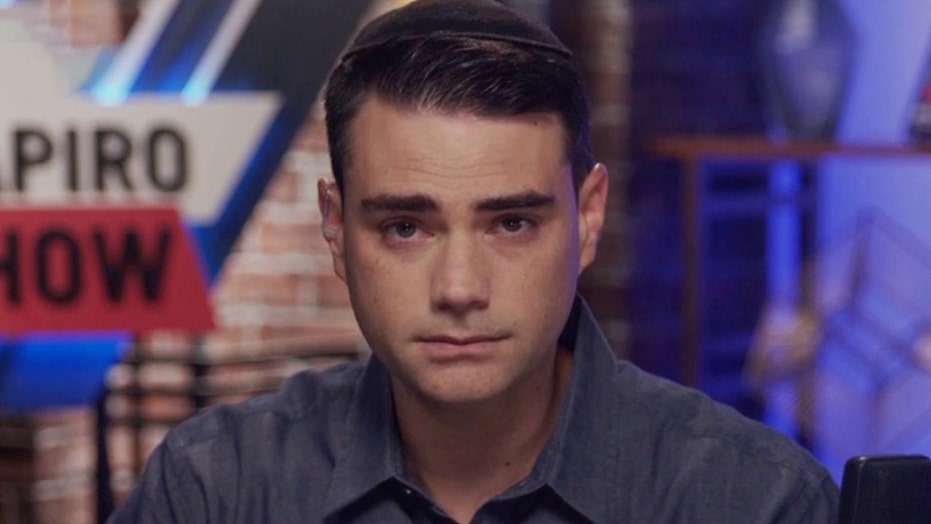 There is nothing funny about question of Harris having 'socialist' views: Shapiro

Podcast host and author Ben Shapiro on Monday ripped Sen. Kamala Harris, D-Calif., for laughing at an interviewer who asked if she had socialist views.

“Kamala Harris -- I would love to play poker with Kamala Harris because she has the most obvious tell in the history of politics which is if she is asked a question that she does not want to answer, she breaks into that insane Joker laugh and it is pretty wild,” the host of "The Ben Shapiro Show" told “Fox & Friends.”

Shapiro said that “there is nothing funny about that question” and the follow-up question about her being a “liberal senator.”

“She broke into that laugh, again. That is the most obvious tell that I have ever seen in American politics and it is pretty amazing,” Shapiro said.

Sen. Kamala Harris D-Calif., laughed when asked during an interview Sunday if she would advocate for a “socialist or progressive perspective” if elected.

CBS News anchor Norah O’Donnell asked Harris the question during a "60 Minutes" interview with her and the Democratic presidential nominee Joe Biden.

Citing a 2019 ranking from the nonpartisan organization GovTrack, O’Donnell told the vice-presidential hopeful that she is “considered the most liberal United States senator." She said that Harris has supported the Green New Deal, Medicare-for-all and legalizing marijuana, all policies that Biden has yet to back.

O'Donnell then asked if Harris would bring all of those progressive policies into a Biden administration.

"What I will do, and I promise you this, and this is what Joe wants me to do, this was part of our deal, I will always share with him my lived experience as it relates to any issue that we confront," Harris said.

Harris was then asked if that was a socialist or progressive perspective, leading her to pause for a moment before cracking up.

"No. No," she said while laughing. "It is the perspective of, of a woman who grew up a Black child in America, who was also a prosecutor, who also has a mother who arrived here at the age of 19 from India. Who also, you know, l -- likes hip hop."

Shapiro said that the media has “treated” the Harris-Biden campaign “very easily.”

“Yes, Kamala Harris is, in fact, the most liberal senator in the United States senate by non-partisan sources and the fact that she wasn’t even prepped for that question demonstrates how easily the media have treated the Harris-Biden campaign thus far because that is the most obvious question to ask Kamala Harris,” Shapiro said.

Shapiro went on to say, “You’re a wild leftist, you have been a wild leftist your entire career in the United States Senate, so, how do you think people are going to think that you’re going to govern if you’re elevated to the presidency since Joe Biden seems to be on his last legs? There is very little doubt that he is going to serve a full eight years at the very least and she didn’t have an answer for that which, again, when you believe that you are guarded by the Praetorian Guard of the media and never have to answer a serious question, you can just go into the crazy laugh and hope that nobody asks you a follow-up.”