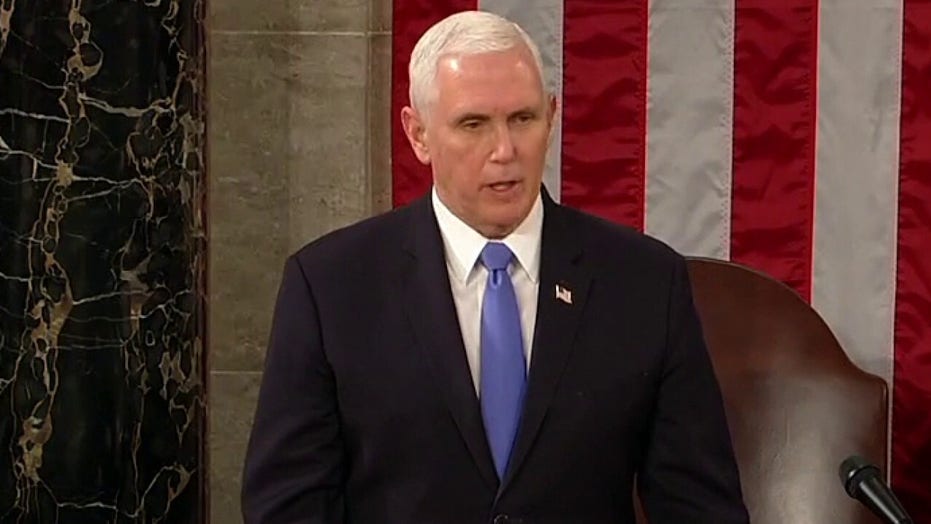 Wallace: Pence choosing the Constitution over Trump was the right and only choice

The Constitution does not give power to the vice president to unilaterally reject lawfully certified electors, 'Fox News Sunday' anchor Chris Wallace says.

"It's been the greatest honor of my life," Pence said to a small group of supporters, many of whom he said he'd known for years.

Pence touted a number of the Trump administration's accomplishments, including "a record number of principled men and women to our federal courts at every level, including three Supreme Court justices, including Indiana's own Justice Amy Coney Barrett."

Pence also thanked his staff, his family, and congratulated Biden and Harris. He then thanked former President Trump, with whom he served for four years.

"Let me also take a moment to say thank you to President Donald Trump and Melania for all they have done to make America great again," he said. "We'll always be grateful for the opportunity they gave us to serve."

Pence, who has long been rumored to have presidential ambitions, stayed on-message for four years as Trump's number two.

The effort culminated on Jan. 6, when Pence was presiding over a joint session of Congress. After Trump riled up his supporters at a rally near the White House, a mob of them marched toward the Capitol and stormed the building, sending Pence and hundreds of lawmakers into hiding.

"Mike Pence didn’t have the courage to do what should have been done to protect our Country and our Constitution, giving States a chance to certify a corrected set of facts, not the fraudulent or inaccurate ones which they were asked to previously certify," Trump said. "USA demands the truth!"

Sen. James Inhofe, R-Okla., said that he'd never seen Pence as angry as he was at Trump in the aftermath of the siege on the Capitol.

"I had a long conversation with him," Inhofe added. "He said, 'After all the things I’ve done for [Trump].'"

Pence, however, did not publicly criticize Trump at any point.

As Trump flew home to Florida before Biden's inauguration -- breaking with more than a century of tradition -- Pence did attend the affair, along with three former presidents and a litany of members of Congress, including many Republicans who've been fiercely critical of Biden.

Pence, as he closed his remarks Wednesday, said that he and his wife plan to fully move back to the state where he was previously both a member of Congress and the governor in the coming months.

"While we've just come back to Indiana today, I've already promised Karen we'll be moving back to Indiana come this summer," Pence said, visibly emotional. "There's no place like home." 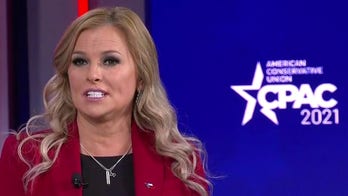