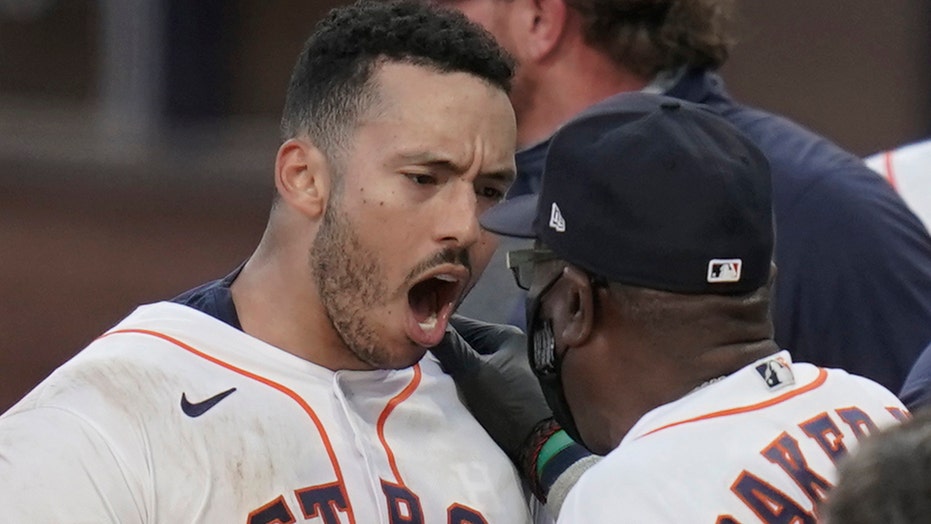 The Houston Astros are still on the brink of being eliminated from the postseason, but in Game 5 against the Tampa Bay Rays, shortstop Carlos Correa kept the American League Championship Series interesting with a walk-off home run.

Correa’s solo shot off Nick Anderson in the ninth was his second of the series. But it was the moment leading up to that home run that was more dramatic.

Astros manager Dusty Baker told reporters that Correa predicted he was going to hit the game-winning homer, according to MLB.com.

Correa confirmed as much when he talked to the media.

“Any time you score right away, especially on that first pitch, you know Springer's the king of that,” Baker said. “I haven't been around anybody better at doing that.”

Tampa Bay will hope to close out the series Friday. If the Astros win, they could be looking at even more history.