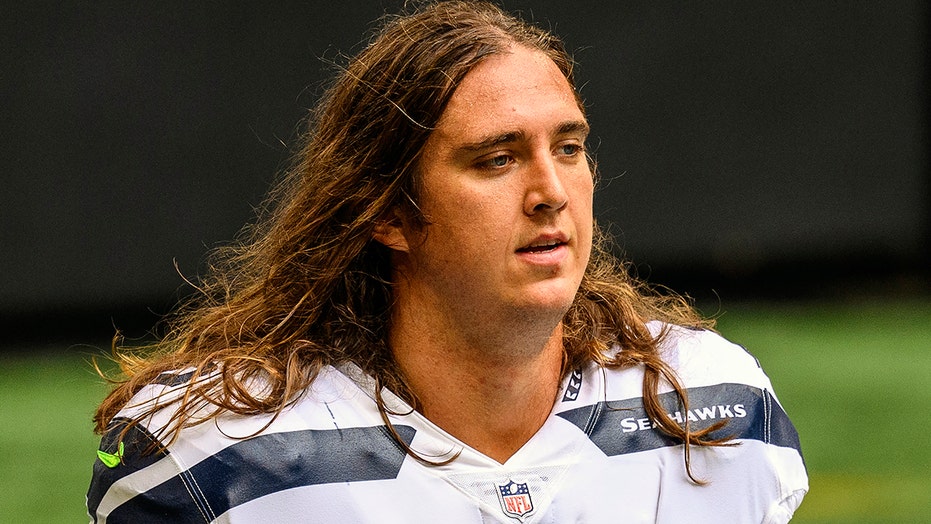 TMZ Sports obtained the audio and video from Wheeler’s arrest, which stemmed from getting into a physical altercation with his girlfriend. During the fight, he allegedly grabbed her, threw her on the bed, and choked her until she was unconscious because she wouldn’t bow down to him.

The arrest, which happened on Jan. 22, took place in Kent, Washington where Wheeler was living with his then-girlfriend Alleah Taylor. The video shows police officers kicking down the door, but then it went black once they approached Wheeler. However, the audio left little doubt as to what happened next.

Wheeler responded to the cops saying, "Please don’t shoot me." The former Seattle Seahawks offensive lineman sounded calm at first, but according to the police in the video, Wheeler appeared to be resisting arrest.

At one point during the video, you can hear one of the police officers use a taser on Wheeler.

After that, Wheeler started to yell for Taylor.

Wheeler was finally arrested after the struggle. He was charged with first-degree domestic violence, domestic violence unlawful imprisonment, and resisting arrest. He pleaded not guilty to those charges. If he is convicted, he could face up to 12 years in prison.

After Wheeler allegedly knocked Taylor unconscious, she told officials when she regained consciousness she saw Wheeler by the bed and he said: "Wow, you’re alive?" She reportedly ran into the bathroom to call her family and 911.

"I still have to regularly get my concussion checked. I have bolts and a steel plate I'm gonna have forever in my arm. I'm gonna have to deal with this the rest of my life," Taylor said.

Wheeler blamed the incident on a "manic episode" and was later released by the Seahawks. He will make a court appearance for a hearing on March 18, and a trial has been set for June 1.