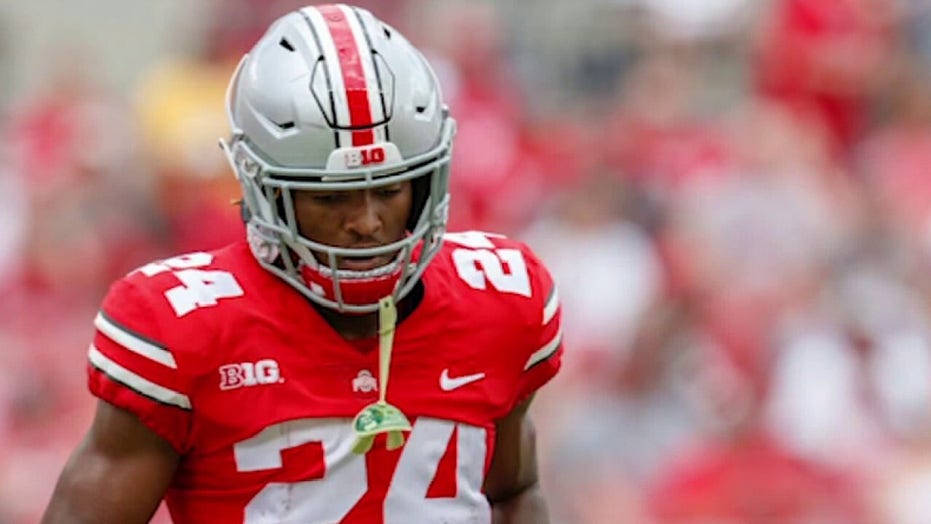 Father of Buckeyes star on frustration with Big 10 postponement

College football is back -- sort of.

The first week of the college football season for Football Bowl Subdivision teams began Thursday night and will run through Monday night with a handful of matchups from schools in the American Athletic Conference, Conference USA and the Sun Belt Conference, along with independent schools.

There are no teams from the three major conferences -- ACC, Big 12 and SEC -- playing this weekend, nor are there any teams currently listed in The Associated Press Top 25 playing. But there are teams who were just on the cusp of making the top 25 to start the season playing.

Memphis, Navy and SMU are set to play over the course of the long weekend.

Here’s a look at some of the key matchups ready for kickoff:

ARMY vs. MIDDLE TENNESSEE: The Army Black Knights will take on the Middle Tennessee Blue Raiders on Saturday afternoon. Army finished the 2019 season with a 5-8 record. One of their losses came in a seven-point defeat against Michigan. Middle Tennessee was 4-8 last season and finished 3-5 in the conference.

TEXAS STATE vs. SMU: Texas State is hosting SMU in the first game of the season for both teams. The Bobcats finished 3-9 last season and 2-6 in the Sun Belt Conference. SMU was one of the surprise teams last season. The Mustangs were 10-3 but lost in the Boca Raton Bowl to Florida Atlantic. SMU defeated Texas State last year, 47-17.

MEMPHIS vs. ARKANSAS STATE: If there was a No. 26 in the AP rankings, Memphis would be on it. The Tigers are coming into 2020 fresh off of a 12-2 season in 2019 which resulted in a Cotton Bowl loss to Penn State. With that momentum, they meet Arkansas State. The Red Wolves finished 2019 with an 8-5 record. They won their Camellia Bowl game against FIU, 34-26.

NAVY vs. BYU: There will be college football on Labor Day. Navy and BYU will go head-to-head. The Midshipmen were 11-2 last season and beat Kansas State in the Liberty Bowl. BYU was 7-6 last season and made a bowl game – only to lose to Hawaii in the Hawaii Bowl.