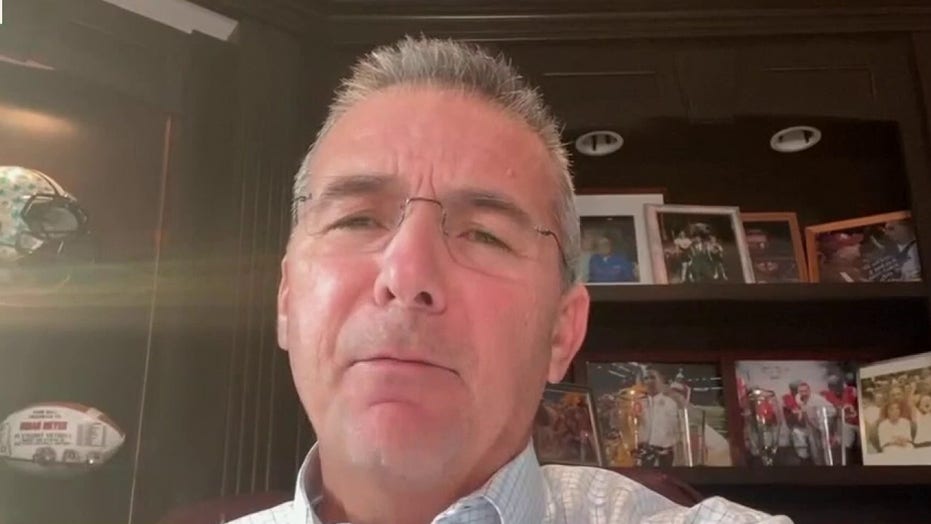 The college football season is plowing through the season despite several games getting postponed or canceled because teams and schools are still dealing with coronavirus cases.

Texas A&M, Miami, Marshall, Texas and Louisiana are among the AP Top 25 teams who have had games canceled or postponed this week because of the coronavirus. Eleven games in total have been postponed or canceled in this week’s slate of college football games. Clemson and Florida State had their game postponed in the eleventh hour over safety concerns.

There are still some important games still on the schedule. Alabama, Ohio State and Clemson are all in action. Oklahoma and Oklahoma State will participate in Bedlam and Coastal Carolina returns after their game was canceled last week.

Read below to see what’s on the schedule for this week.

Tulsa quarterback Zach Smith (11) looks for a receiver during the second half of the team's NCAA college football game against SMU in Tulsa, Okla., Saturday, Nov. 14, 2020. (AP Photo/Joey Johnson)

Tulsa and Tulane have the rare Thursday night ranked game. The Golden Hurricane entered the week as the No. 25 team in the nation. They will have to try and stop a high-powered Tulane offense.

No. 11 Oregon will host UCLA at some point Saturday. The game time has yet to be determined. Tyler Shough has thrown five touchdown passes in the Ducks’ first two games of the season.

Ohio State and Indiana will meet in a giant Big Ten matchup. This game has College Football Playoff implications written all over it. The Hoosiers are led by Michael Penix Jr. and Ohio State counters that with Justin Fields. The game kicks off at noon at The Horseshoe.

Clemson and Florida State's game was postponed due to concerns over whether it was safe to play. The decision coming about four hours before kickoff.

Florida quarterback Kyle Trask (11) looks to throw a pass during the first half of an NCAA college football game against Arkansas, Saturday, Nov. 14, 2020, in Gainesville, Fla. (AP Photo/Phelan M. Ebenhack)

Coastal Carolina had its game last week canceled because of the coronavirus. The Chanticleers hope that an upset is not in the works against Appalachian State. A win could increase the noise around a possible big bowl game later in the year.

BYU quarterback Zach Wilson (1) looks for a receiver during the first half of the team's NCAA college football game against Boise State on Friday, Nov. 6, 2020, in Boise, Idaho. (AP Photo/Steve Conner)

BYU’s Zach Wilson will have a chance to showcase his talents against North Alabama. The Cougars should have no problem Saturday.

Beware of the trap game. Cincinnati has been riding high all season long. But going into the Bounce House in Orlando could prove difficult. Central Florida hasn’t had the season they would have liked but upsetting Cincinnati would be the bow on a weird year.

Wisconsin and Northwestern will meet in a rare game where both teams are in the AP Top 25. The Badgers hit the road to travel to Northwestern. It will be interesting to see Graham Mertz take on Peyton Ramsey.

Head Coach Nick Saban of the Alabama Crimson Tide watches a play from the sideline against the Tennessee Volunteers at Neyland Stadium on October 24, 2020 in Knoxville, Tennessee. (Photo by Kent Gidley/Collegiate Images/Getty Images)

Alabama has been off for a bit and coming off a bye they will host Kentucky. Mac Jones will hope to keep his name in Heisman contention. Jones has 2,196 passing yards and 16 touchdown passes this season.

Iowa State will look for its sixth win of the season. Breece Hall has been a force to be reckoned with this season. He has 1,034 rushing yards and 13 touchdowns. Going against Kansas State won’t be an easy game, but the Cyclones should be able to move past their Big 12 opponent.

FILE - In this Oct. 19, 2019, file photo, Tennessee head coach Jeremy Pruitt yells at the officials during an NCAA college football game against Alabama in Tuscaloosa, Ala. (AP Photo/Vasha Hunt, File)

Auburn is still in the AP Top 25. The Tigers take on Tennessee in an important conference game.

Georgia defensive back Eric Stokes (27) returns an interception for a touchdown during the second quarter of a NCAA college football, Saturday, Nov. 7, 2020, in Jacksonville, Fla. (Curtis Compton/Atlanta Journal-Constitution via AP)

Georgia will look to stave off a Mike Leach-led Mississippi State upset in Athens. The Bulldogs have two losses this season and a third could put them completely out of contention for the College Football Playoff.

It will be Bedlam in Norman on Saturday night. The Cowboys hit the road to take on the Sooners. Spencer Sanders vs. Spencer Rattler is a game everyone should want to see. An Oklahoma State win would look good on the playoff resume.

Liberty is having a great season and getting a win over a tough N.C. State team would be even better. Malik Willis is a legit threat and will definitely give the Wolfpack a tough time.

USC takes its 2-0 team into Utah to face the Utes. It will be Utah’s first game of the season. Kedon Slovis has 706 passing yards and three touchdowns in his first two games. Devin Lloyd and Mike Tafua will have a chance finally to show their abilities on defense.