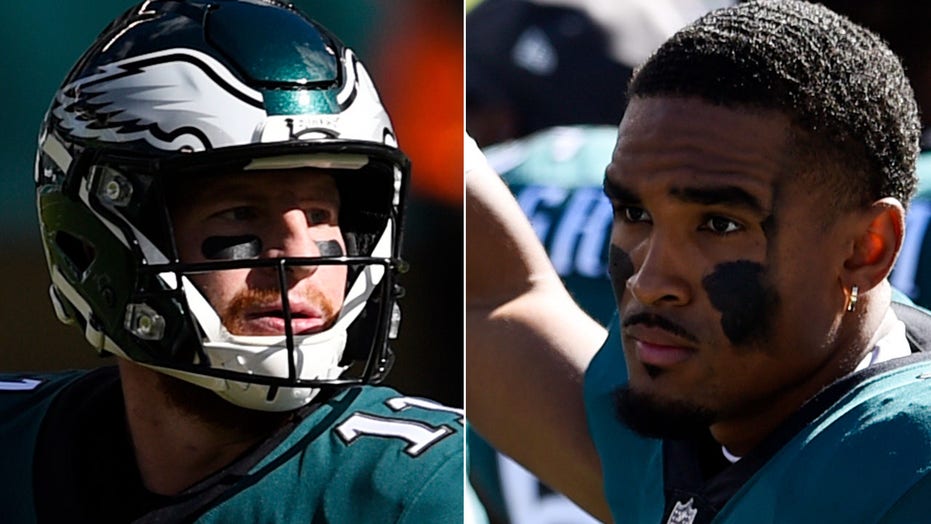 Philadelphia Eagles quarterback Carson Wentz was below average through the first half of their game against the Baltimore Ravens on Sunday afternoon.

Wentz completed 7-of-14 passes for 54 yards and had two carries for three yards. The Eagles trailed the Ravens, 17-0, and Philadelphia fans aren’t happy with their quarterback’s performance.

Some were calling for backup quarterback Jalen Hurts.

Hurts played four snaps for the Eagles in the first half.

On one play with 5:32 to go in the second quarter, Hurts took the snap, faked the handoff to the running back, and he ran for 20 yards, giving the Eagles some life late in the half.

The Eagles shocked the NFL when they took Hurts in the second round of the 2020 NFL Draft.

Hurts totaled 3,851 yards and 32 touchdowns in his lone season at Oklahoma. He led the Sooners to the Big 12 title and a College Football Playoff appearance. He was also named runner-up for the Heisman Trophy.