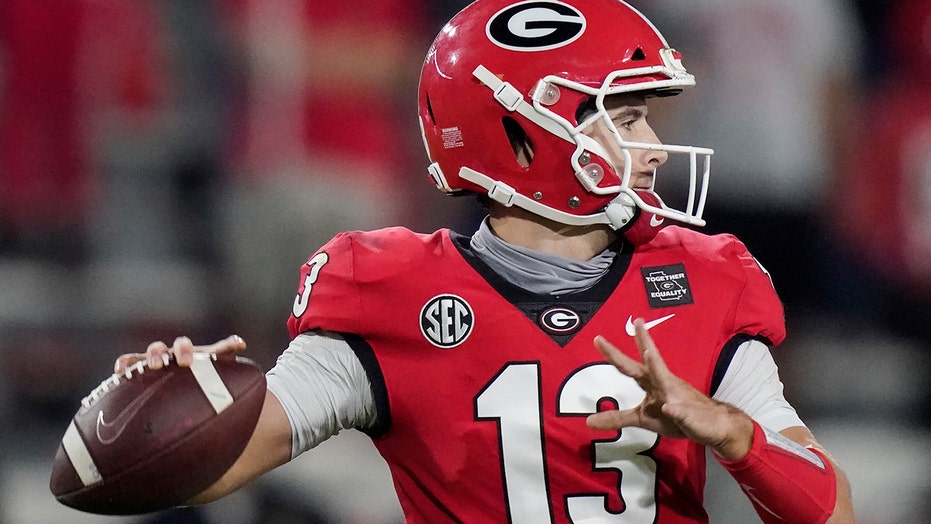 The father of Georgia quarterback Stetson Bennett IV shared a heartwarming photo ahead of his son’s huge game against Alabama on Saturday night.

Stetson Bennett III tweeted the photo of his son on his shoulder at an Alabama game in Tuscaloosa from Oct. 5, 2002. Bennett wrote that the Bulldogs won that day.

“On October 5, 2002, Donald Piela Jr took this picture of me and Stet in Tuscaloosa. The Dawgs won that day. What an incredible journey to get back to this stadium. I love you Stet!,” he wrote.

On that day, Georgia defeated Alabama, 27-25, to start the season 5-0. Georgia’s only loss that season came later against Florida when they lost by a touchdown. The Mark Richt-led Georgia team finished 13-1 and defeated Florida State in the Sugar Bowl. Georgia finished No. 3 in the final AP Poll that season.

Bennett IV has been one of the most consistent players for Georgia in a year that has been unpredictable.

Georgia started the year with prized transfer Jamie Newman opting out of the season because of coronavirus fears and USC transfer J.T. Daniels has been out with an injury.

It’s been up to Bennett to hold down the fort and he has so far, leading the team to victories over Arkansas, No. 7 Auburn and No. 14 Tennessee. Bennett has 689 passing yards, five touchdown passes and no interceptions in those three games.

A win against Alabama would firmly put the Bulldogs in the College Football Playoff picture.