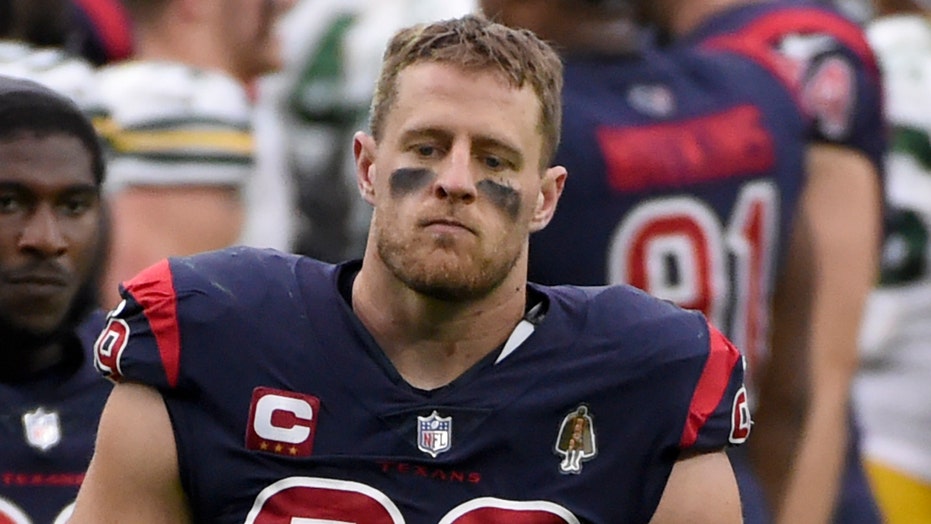 Talking to GOATs with Jim Gray

The biggest names in sports share who they feel are the most iconic players.

J.J. Watt made clear Saturday he had no time for trolling comments on social media as the Houston Texans prepared for their matchup against the Cleveland Browns and The Masters being played out.

Watt griped earlier in the day about not being able to watch the golf event on television.

“A tradition unlike any other...,” the Texans defensive end wrote on Twitter, “Flipping through all the channels trying to find The Masters only to be reminded that it’s not on TV until the round is halfway over.”

J.J. WATT ON TEXANS FIRING AWARD-WINNING PR BOSS AMY PALCIC: 'I THINK IT'S A BIG LOSS FOR US'

When one golf reporter sarcastically tweeted whether Watt had an internet connection, the five-time Pro Bowler blasted him.

“Cheers Alan [Shipnuck], thanks for the brilliant take,” Watt snapped back.

“You see I’m in a locker room waiting to board a bus and wanted to play it on the television for everyone to watch.

NFL WEEK 10 PREVIEW: IT'S MAKE-OR-BREAK FOR TEAMS IN PLAYOFF CONTENTION

“PS - you look like a combination of Bob Saget & John Stamos. Not sure if that’s good or bad, just stating the facts.”

The writer then downplayed Watt’s retort: “I prefer when I get Geoff Ogilvy...better short-game.”

It’s been a tough week for Watt and the Texans organization.

Houston let go award-winning public relations boss Amy Palcic earlier in the week. It was something that appeared to sting the defensive lineman.

“I think you can tell from the universal response from prominent people in the business, what type of person Amy is and how well respected and well-liked she is, both inside our building and outside the building,” Watt added.

“Extremely professional. Just really good at her job. Cared a lot. Just wants what’s best for the team and what’s best for the organization. Always trying to do what’s best, and was a massive helping hand with me during the hurricane, during my entire time here. So, I think it’s a very difficult loss. She’s an incredible person and I think she’s going to have another job in an absolute heartbeat. I think it’s a big loss for us.”

Houston is 2-6 this season.