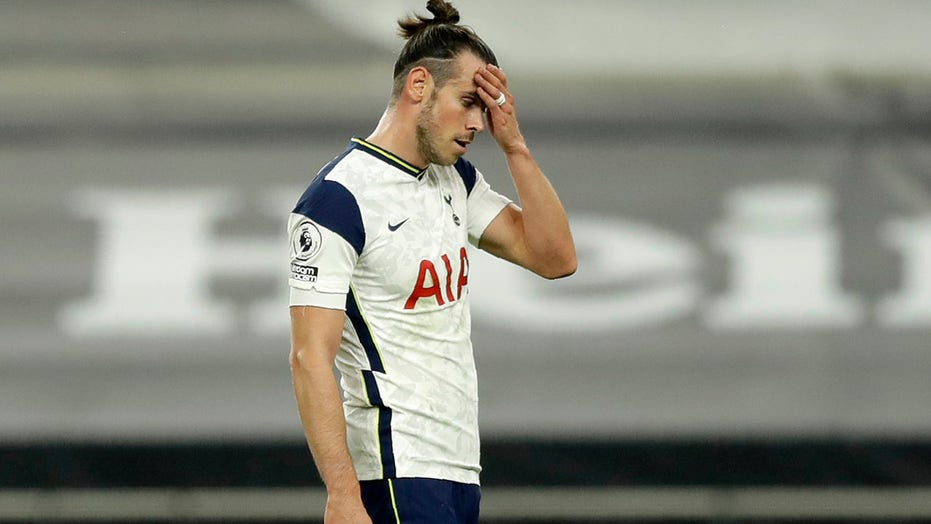 A two-week break for international matches has done nothing to suppress the relentless unpredictability of this season’s Premier League.

Goals are flowing at an unprecedented level in the world’s most popular league and the drama continues unabated, the latest exhibition coming at Tottenham on Sunday as West Ham staged an improbable comeback that is starting to become the norm.

Trailing 3-0 after 81 minutes, West Ham scored three times to force a 3-3 draw — the equalizer coming with 20 seconds left of the four minutes of stoppage time as Manuel Lanzini arrowed a piledriver into the top corner from 25 yards (meters).

No team had previously avoided defeat when 3-0 down as late as the 81st minute in the Premier League.

With Aston Villa beating Leicester 1-0 courtesy of a stoppage-time goal and Brighton equalizing against Crystal Palace in added-on time, it continues to be the wildest of seasons.

Southampton twice came from behind Saturday to draw 3-3 at Chelsea, which rallied from 3-0 down for a 3-3 draw at West Bromwich Albion in the third round of games. Who could forget champion Liverpool’s 7-2 loss at Aston Villa and Manchester United’s 6-1 drubbing by Tottenham in the final matches before the international break? Then there was Manchester City’s 5-2 thrashing by Leicester for Pep Guardiola's heaviest home loss as a coach, and that breathless 4-3 win for Liverpool over Leeds on the opening weekend.

There was an average of 3.78 goals per game in the four rounds — a Premier League record for this stage of the season — and there have already been 27 goals in eight games so far this weekend, with two more matches to come in the fifth round on Monday.

The reasons given for such volatile results in England's top division so far have included teams' limited preseason, the lack of fans reducing the pressure on players, and scorers being unusually clinical. But no one really knows.

“It’s really crazy at the moment,” said West Ham midfielder Declan Rice, who added that the feeling after Lanzini’s last-gasp strike was one of the best he has had in his career.

This wasn’t the homecoming Gareth Bale would have envisaged.

The Wales forward, who has joined Tottenham on loan from Real Madrid for a second spell at the London club, came off the bench in the 72nd minute for his first appearance since signing. Spurs were leading 3-0 at the time, thanks to goals by Son Heung-min and Harry Kane (2) in the opening 16 minutes.

Even though Fabián Balbuena’s header and Davinson Sanchez’s own-goal made it 3-2 by the 85th, Bale had the chance to seal the win when he waltzed past two defenders to break into the penalty area only to shoot wide on the stretch.

Then came Lanzini’s fearsome strike after a free kick was only partially cleared.

“Football happened,” Tottenham manager Jose Mourinho said, when asked for his thoughts on the dramatic finale.

“This was a game that was in the pocket. But we lost two points.”

Having scored seven goals against Liverpool two weeks ago, Aston Villa just needed one to see off Leicester and maintain its 100% start to the season.

Ross Barkley's long-range shot found the bottom corner in the first minute of stoppage time to seal the win at the King Power Stadium.

Villa's fourth straight victory moved the team a point behind Everton, which has played one more game.

Barkley has scored in both of his games since joining on loan from Chelsea.

There was another dramatic finish at Selhurst Park, as Brighton equalized in the 90th minute through Alexis Mac Allister before having Lewis Dunk sent off in the third minute of stoppage time in a 1-1 draw at fierce rival Crystal Palace.

Palace had just one shot all match, and that was the contentiously awarded penalty converted by Wilfried Zaha in the 19th minute.

Sheffield United and Fulham finally have their first point of the season, but both strugglers would have been wanting more from their 1-1 draw at Bramall Lane that featured a penalty for each side.

Billy Sharp converted his spot kick for United, smashing the ball down the middle in the 85th minute to cancel out Ademola Lookman’s spectacular solo goal eight minutes earlier on his first start for Fulham.

Before that, Aleksandar Mitrović squandered the chance to give promoted Fulham the lead when he lifted his penalty over the crossbar in the 58th.