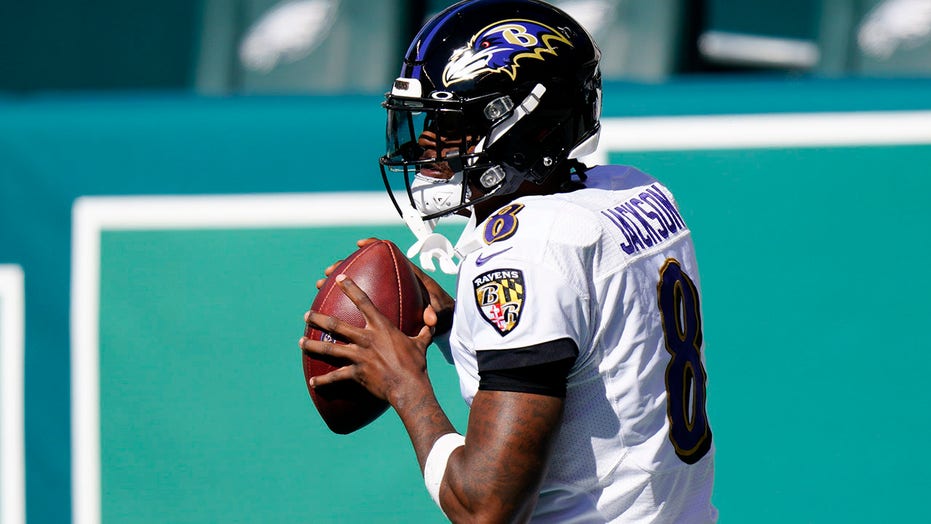 Lamar Jackson put on some nifty moves to give the Baltimore Ravens their first score in the matchup against the Philadelphia Eagles on Sunday afternoon.

Jackson scrambled to his right in the red zone and was met by two Eagles defenders. Jackson appeared to put the defenders to sleep and flipped the ball to tight end Nick Boyle who found the end zone.

The 7-yard touchdown pass was Boyle’s second touchdown catch of the season and first since the team’s 34-20 loss to the Kansas City Chiefs during a Monday night matchup last month.

Jackson came into the game with nine touchdown passes, two interceptions and 949 passing yards. Baltimore was 4-1 coming into the game against the Eagles – who are trying to stay the pace in the NFC East.

The third-year quarterback led Baltimore to a 27-3 victory against the Cincinnati Bengals last week. Jackson was 19-for-37 with 180 passing yards, two touchdown passes and an interception.

Baltimore is also trying to keep pace in the AFC North, which has been far more competitive than most of the divisions in football this season. Baltimore now has the Pittsburgh Steelers and the Cleveland Browns to contend with in hopes of making the playoffs again.