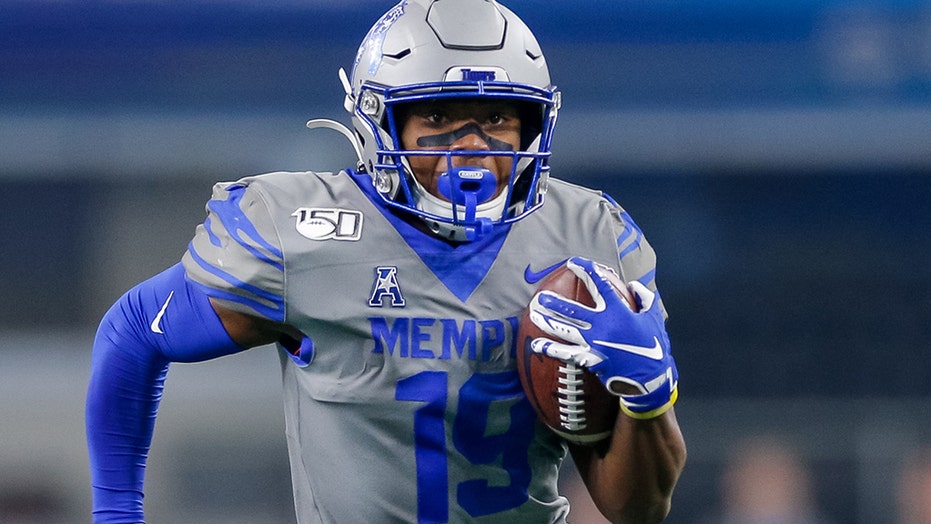 Complaint alleges that the student athletes will be unable to showcase their talents to professional scouts; David Gibbs, president and general counsel for the National Center for Life and Liberty, and Alex Swoyer, Washington Times legal affairs reporter, review the details in 'Night Court.'

Memphis redshirt sophomore Kenneth Gainwell has decided to opt-out of the 2020 college football season, according to a report on Sunday night by The Memphis Commercial Appeal.

Gainwell took his thoughts to Twitter on the situation on Monday night.

“I love this game with all of my heart, and never thought I’d have to make this decision,” Gainwell wrote. “But I just lost my 3rd family member to COVID-19, and after taking time to reflect I know it’s time for me to look after my family.”

Curtis Gainwell Sr. told The Commercial Appeal on Sunday night that one of his family members that was lost to the coronavirus was an uncle, whose funeral was this past weekend.

"He decided that he didn't want to take any chances with the coronavirus going on. You don't want to get out there and get sick and bring it to us, his brother or his teammates," Gainwell Sr. said.

Kenneth Gainwell, a first-team All-AAC performer as a redshirt freshman last season, totaled 2,069 all-purpose yards, which was the most of any freshman in the FBS. Gainwell was honored as a second-team All-American by the Sporting News and American Football Coaches Association, and he was recognized as the Freshman of the Year by the Football Writers Association of America.

Gainwell piled up 1,459 rushing yards -- a freshman record at Memphis -- and he also had records in the following: single-game rushing yards (209), 100-yard games (7), and consecutive 100-yard games (6). Gainwell is only the third Memphis running back to have 2,000 or more all-purpose yards in a single season, joining former NFL running back DeAngelo Williams and Los Angeles Rams tailback Darrell Henderson.