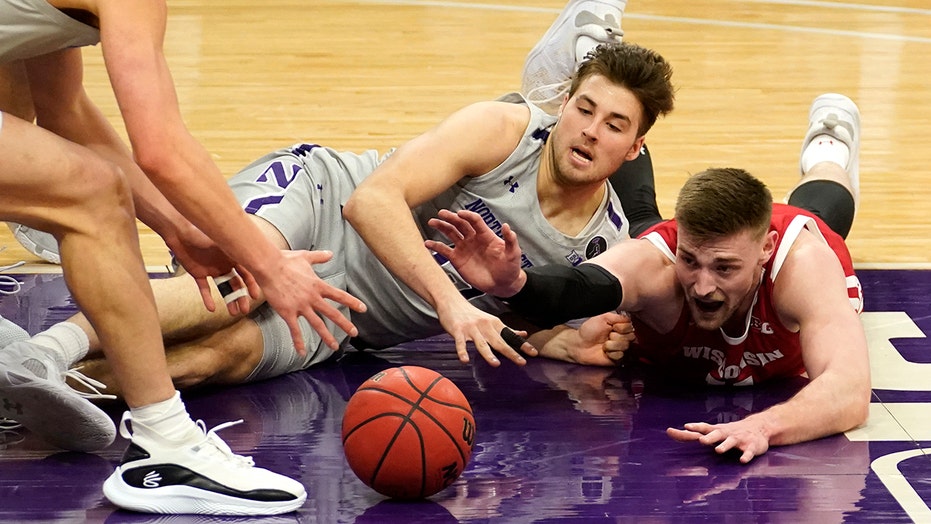 Facing a critical point in the season, No. 21 Wisconsin returned to some of the program's favorite tenets on its way to a big win.

Micah Potter scored 19 points, D'Mitrik Trice had 13 and the Badgers shut down Northwestern for a 68-51 victory Sunday night.

Jonathan Davis and Brad Davison added 12 points apiece, helping Wisconsin (16-8, 10-7 Big Ten) bounce back from consecutive losses to No. 3 Michigan and No. 11 Iowa. The Badgers improved to 10-1 when they have at least four players score in double figures.

"Obviously we've got a tough stretch here," Trice said, "and if we want to have any momentum going into these really good games and really tough teams we knew that we had to come out and play our team defense and be connected on all cylinders, and I think that we did that for (the) most part."

Next up is a matchup with No. 5 Illinois on Saturday before closing the regular season with road games against Purdue and Iowa. A loss to the lowly Wildcats would have put the Badgers in a bad spot in the rough-and-tumble Big Ten, and they responded with a solid all-around performance.

Led by Potter, Wisconsin enjoyed a 31-15 edge in bench points. It also forced 14 turnovers and had a 35-30 rebounding advantage.

"We're at our best when we're balanced," said Potter, who credited a recent team meeting for the team's togetherness on the court. "So we showed what we could do today."

Northwestern (6-14, 3-13) lost its 13th straight game. Boo Buie scored 19 points, but he was the only player in double figures for the Wildcats. Chase Audige, who was averaging a team-high 13.3 points per game coming in, finished with five on 2-for-7 shooting.

"I thought our decision-making overall tonight was not very good," coach Chris Collins said. "We over-dribbled at times, didn't move the ball like we needed to, and because of that, you know, they made us pay."

Ryan Young's three-point play trimmed Wisconsin's lead to 46-39 with 12:59 left, but the Badgers responded with a 13-1 run. Tyler Wahl capped the decisive stretch with a driving layup and a 3-pointer.

Wahl finished with 10 points for Wisconsin, which earned its sixth straight victory against Northwestern.

"Really a great team effort. ... Everybody that got on the floor did some good things," Badgers coach Greg Gard said.

Wisconsin had a scoring drought of almost six minutes in the first half, but Northwestern also struggled on offense and the Badgers started to pull away before the break.

Potter put Wisconsin ahead to stay with two foul shots with 5:36 left, part of a 14-4 run for the Badgers. Davis made two free throws and Potter converted a layup to make it 34-24 with 40 seconds to go.

Wisconsin: Steady as ever, the Badgers reached 10 Big Ten wins for the 18th time in the last 20 years.

Northwestern: It was another tough night for Collins and Co. The Wildcats shot 40% (20 for 50) from the field.

"Actually, we've been having really good practices," Buie said. "So it's really frustrating that tonight we weren't able to execute offensively and share the ball like we do in practice."

Wisconsin: Hosts Illinois on Saturday afternoon. The Badgers lost 75-60 to the Illini on Feb. 6.