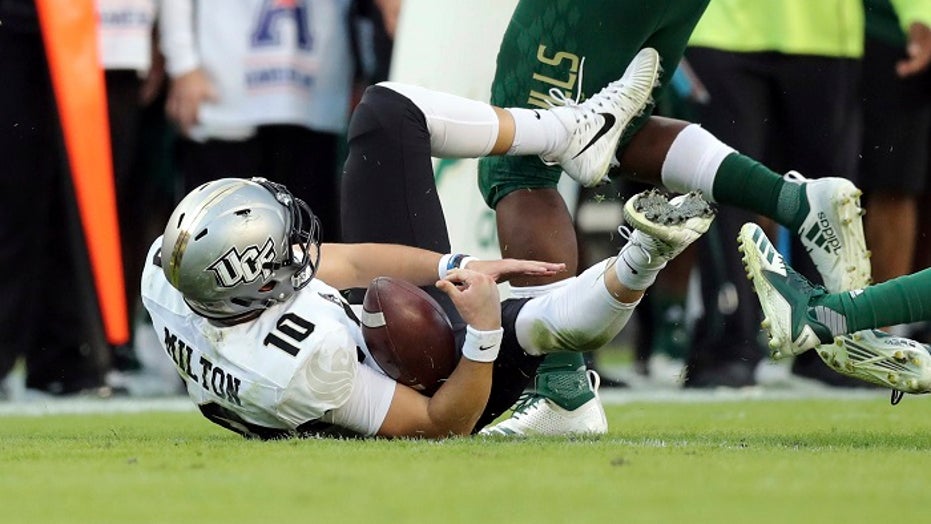 Milton, 23, has been working as the Knights’ scout team quarterback after getting cleared by his surgeon back in August, he told ESPN on Monday.

“It was the first time he told me, 'You'll be able to play football again,” he said. “Hearing those words after a year and three-quarters, I'm just really grateful for all the help I've had with the medical staff, and obviously the healing hands of God, lots of prayers from Knight Nation and all across the world.”

Milton took a helmet to the knee during the first half of a game against the USF Bulls in November 2018 causing his leg to bend at an awkward angle. He dislocated his kneecap, tore an artery and ligaments and suffered serious nerve damage.

But not even two years later and he’s back on the field, telling ESPN that he hasn’t experienced any issues with his knee since.

"This is the most fun I've had in two years, being out there with the guys, going up against some good competition and lighting a fire under their butt," he said. "I'm making throws on the move, I'm changing direction not thinking twice about it. I feel normal."

Milton said he doesn't know when he’ll return to the field officially but said he recently received a text message from Washington quarterback Alex Smith, who just played in his first NFL game after recovering from his own life-threatening leg injury in 2018.

With one year of eligibility left, Milton said his plan for this year is to just rehab.