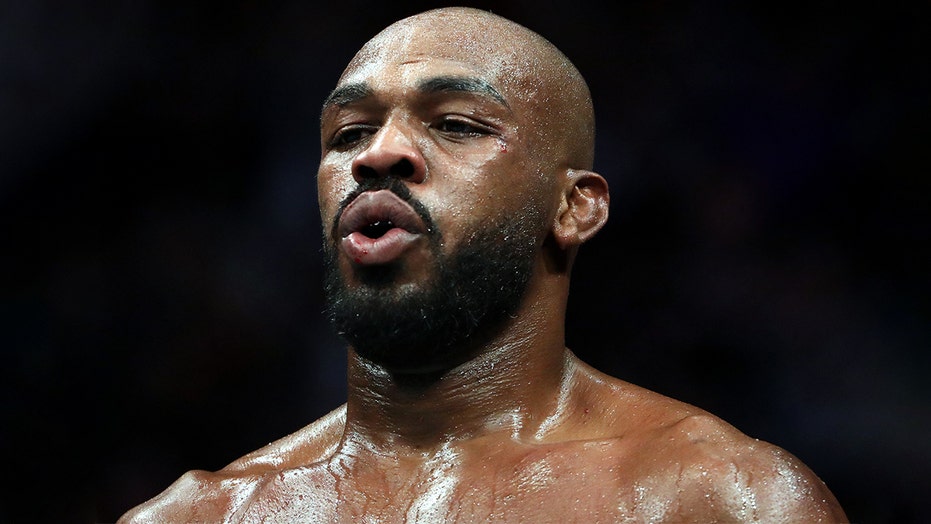 UFC fighter Jon Jones posted a video on social media Sunday showing himself chasing a suspected burglar from his home with a shotgun.

Jones posted the security footage to his Instagram page. It showed a person in a hooded sweatshirt walking up what appeared to be his driveway and entering Jones’ cars.

UFC STAR JON JONES GOES VIRAL FOR CONFRONTING VANDALS: 'WHAT TYPE OF PERSON ARE YOU GOING TO BE?'

Moments later Jones comes out of his garage with a weapon in his hand chasing the man down.

“Ended up tapping on this guys (sic) driver side window with the muzzle of my shotgun last night. Next time you try to rob someone, make sure you’re fast enough to out run them,” Jones wrote in the caption.

He said he knew better than to shoot someone while he was retreating.

“People I know times are getting hard but your life isn’t worth a few material possessions. What are your thoughts on this video, what would you have done differently?”

It’s unclear what the man was actually trying to steal or whether the police were called.

In June, Jones posted a video of himself confronting a protester who appeared to be ready to vandalize property in Albuquerque, New Mexico.

He demanded that one of those people give up the spray can and he walked over to another person who immediately gave their spray can to the fighter.