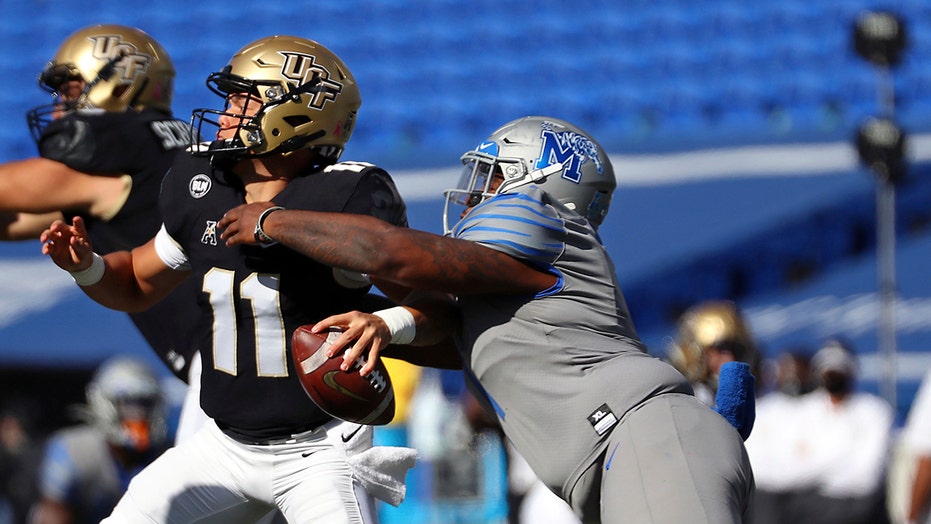 Brady White's sixth touchdown pass with just over a minute remaining completed a school-record 21-point comeback and the Tigers beat UCF 50-49 on Saturday to snap a 13-game losing streak to the Knights.

After White found Calvin Austin for a 4-yard score and a two-point try failed, the Knights (2-2, 1-2 American Athletic) drove to the Memphis 22 before Daniel Obarski pulled a 40-yard field-goal attempt left with 19 seconds remaining.

On the Tigers' winning drive, a shovel pass to Tahj Washington on fourth down went for 52 yards to the UCF 5. Three plays later White tossed the game-winner to a diving Austin on the left side of the end zone.

UCF led 27-14 at halftime, had a 21-point lead early in the third quarter and led 35-29 entering the final quarter during which the teams combined for five touchdowns. The Tigers' comeback surpassed the school record of 17 points against Houston in 2017.

White finished 34-of-50 passing for a school-record 486 yards in a duel with UCF's Dillon Gabriel. Gabriel became the first UCF quarterback to throw for over 500 yards and blew past that mark with 601 yards on 35-of-49 passing with five scores. There were no interceptions.

UCF's Marlon Williams had 191 yards receiving with a score, Jaylon Robinson 173 yards and two touchdowns and Ryan O'Keefe 175 yards, including a school-record 93-yard score off a receiver screen.