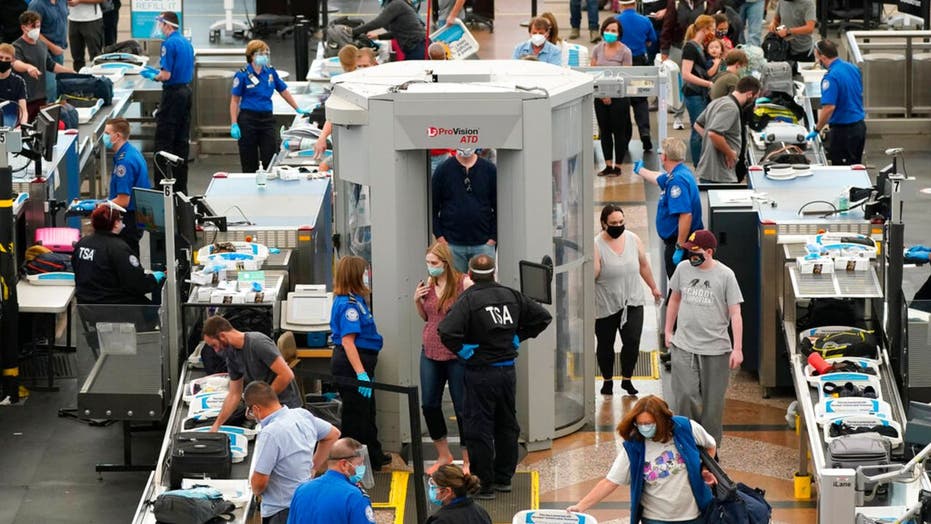 Travel and tourism industry hits a breaking point after a federal block on job cuts expired and congress struggles to reach a deal on a coronavirus relief package.

Thanksgiving travelers may find airports are free of the usual crowds, but anyone trying to fly for the holiday may still be in for some frustration.

There may be a small spike in travel around the holiday, but nothing close to the historically busy seasons from past years. (AP Photo/David Zalubowski)

It’s no secret that airlines have seen a dramatic drop in demand this year as the COVID-19 pandemic slowed the travel industry worldwide. The number of travelers passing through TSA checkpoints dropped to fewer than 100,000 on several days earlier this year when there had been more than 2 million travelers on the same day a year earlier, according to the federal agency.

While OAG said there have been some small spikes in travel during the summer, and around Labor Day, bookings quickly settled “back to the new normal demand levels,” the firm wrote in a blog post.

The days around Thanksgiving are historically one of the busiest travel periods of the year. But Thanksgiving travel appears to be following a similar pattern to Labor Day and summer travel this year.

As of late September, American Airlines and United Airlines had only about 25% as many bookings for November as they did a year earlier, according to OAG. Delta Air Lines had just 12%.

“The results are stark,” according to OAG.

The number of travelers passing through TSA checkpoints dropped to fewer than 100,000 on several days earlier this year. (AP Photo/David Zalubowski)

It’s “a triple whammy” for the airlines, with fewer bookings, more passengers using vouchers because of previously canceled travel plans, and lower yields due to the diminished demand, according to OAG.

And even with smaller crowds, travelers who decide to fly for Thanksgiving could end up needing to change their plans. Unless there’s a sudden surge in reservations, OAG predicted that about half of the bookings for November could end up having to be changed as the airlines will likely cut their schedules.

Depending on the airline, those cuts could come with between three and five weeks’ notice.