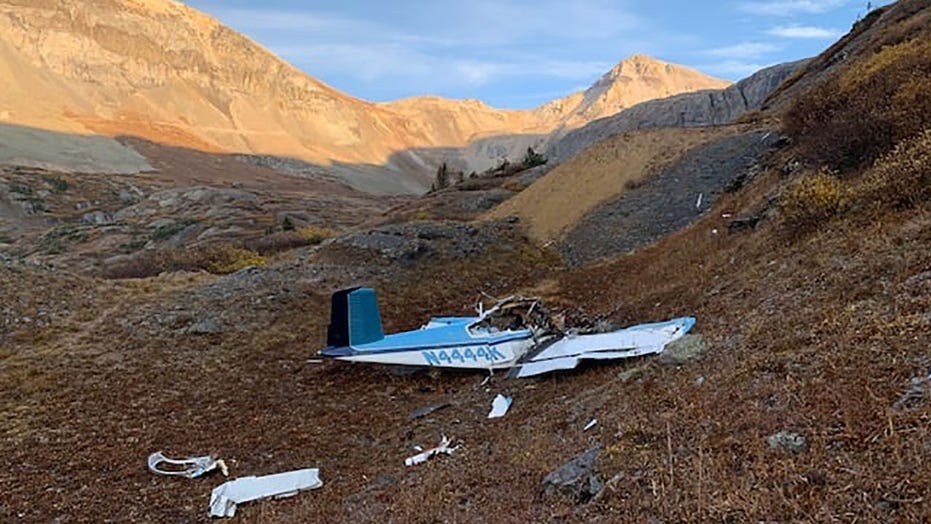 A newlywed couple from Florida was killed Monday when their private plane crashed in Colorado just four days after their wedding, authorities said.

The bodies of Costas John Sivyllis, 30, and Lindsey Vogelaar, 33, were recovered in the Ingram Basin east of Telluride on Sunday, the San Miguel County Sheriff said in a statement on Tuesday.

“The two had eloped to Telluride for a small wedding (held Oct. 1) and adventure-filled honeymoon that they were documenting online for their friends and families to follow,” the statement said. “Both worked in the airline industry; he was a United Airlines pilot and a flight instructor.”

The newlyweds were piloting a privately owned Beechcraft Bonanza aircraft when it crashed 10 to 15 minutes after taking off from Telluride Airport around 12:45 p.m., the sheriff’s office said. They were returning to Florida with a possible stop in Oklahoma to refuel.

Rescue teams began high altitude, low-level helicopter rescue operations after the crash, the sheriff’s office said. However, there were no survivors.

The victims’ family and friends mourned the newlywed couple on social media.

“As many of you know, my beautiful sister, best friend, and the most gorgeous bride passed away yesterday with her handsome, most cheerful, husband in a plane crash,” Vogelaar’s sister, Courtney, wrote on Facebook. “They were married for 4 days, and they loved each other with all of their heart and soul.”

“Our hearts are aching more than I can ever explain,” she wrote.

Steven Lloyd, a friend of the couple, wrote that Lindsey and Costas met during a layover in Birmingham, England. He remembered Lindsey as “incredibly intelligent” and “so much fun to have a drink with,” and Costas as “the best kind of guy you’d ever want to meet.”

“For such a tragedy to happen to such a perfect couple is hard to understand,” Lloyd wrote. “But I accept it. I bless it. I express my gratitude for the gift of being part of their journey, and theirs mine.”

The cause of the crash was not immediately clear. The National Transportation Safety Board was investigating.