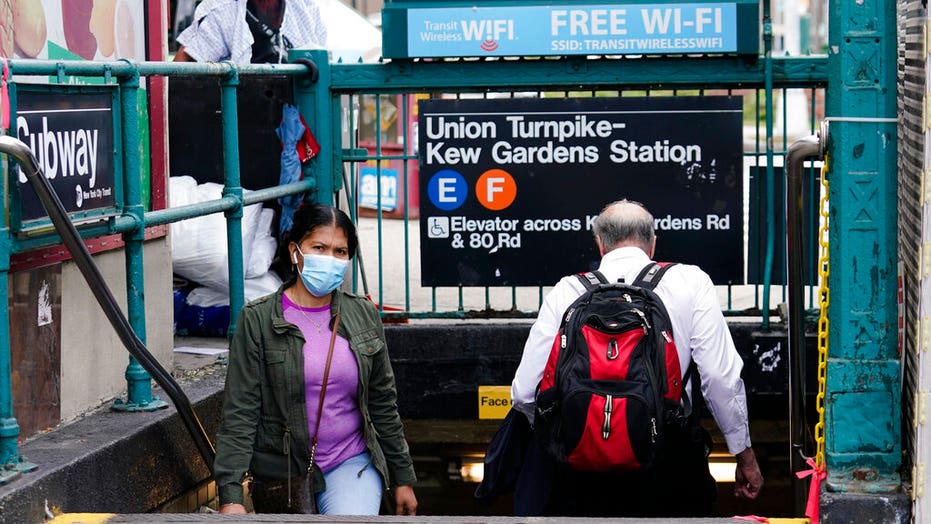 A man in New York was shot in the neck Sunday evening while standing on a subway station platform, police said.

The shooting unfolded around 6:30 p.m. and delayed trains coming in and out of the Chelsea station at 14th Street and 7th Avenue.

The victim walked to a nearby hospital, police said. His injuries are not considered life-threatening.

No further information was released on the suspect. Police told Fox News they are reviewing surveillance footage of the surrounding area.

The incident comes amid an uptick in violent crimes committed in New York City subways in recent weeks. NYPD statistics show that homicides, rapes, burglaries, and robberies in the subway are higher this year than during the same period last year.

CUOMO SWIPES DE BLASIO FOR CRIME: 'WE HAVE A PROBLEM IN NEW YORK CITY'

On Friday, a 30-year-old woman was found dead, facedown with a bloody nose and with footprints across her body “as if someone had trampled over her,” a source told the New York Daily News.

Earlier this month a New York City subway rider was hospitalized after being stabbed in the neck when he refused to give a homeless man a dollar, police said. It was the third subway stabbing in the Big Apple recorded that week.