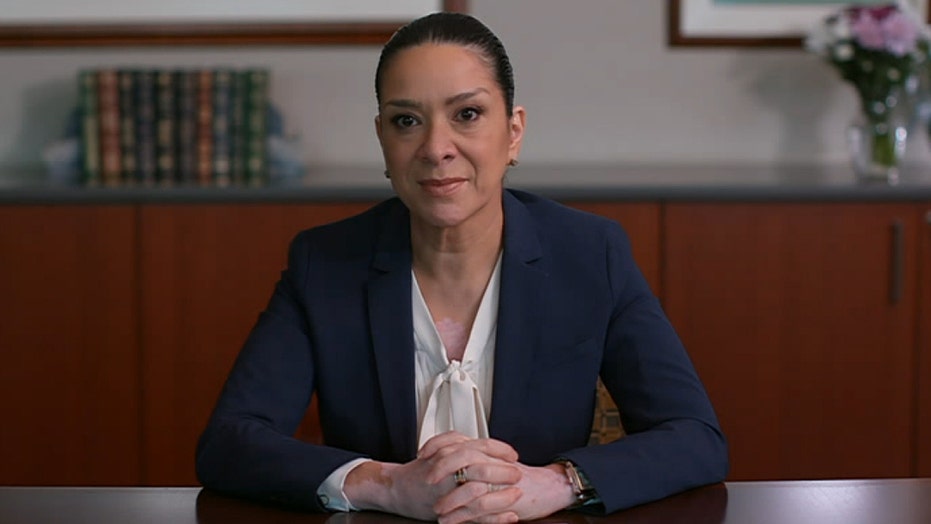 U.S. District Judge Esther Salas speaks out for first time after her son was killed and her husband was shot. She believes she was targeted by a 'madman' because of her position as a federal judge.

Just six months since a disgruntled attorney allegedly showed up at federal court Judge Esther Salas' New Jersey home, fatally shooting her son and wounding her husband, the grieving jurist recalled the extent to which her son’s killer went to track her family – as it is revealed that he was doing the same for U.S. Supreme Court Justice Sonia Sotomayor, according to a recent interview.

Roy Den Hollander had "a complete workup" of Salas’ life with her husband, Mark Anderl, and their 20-year-old son, Daniel Mark Anderl, in the days before the fateful July evening when he showed up at the family's North Brunswick home carrying a FedEx package and posing as a delivery person.

"He knew where, obviously, where I lived. He knew my routes to work. He knew the church we attended. He had Daniel’s school. He knew baseball games," Salas told CBS' "60 Minutes" for a segment that aired Sunday.

After the attack, Salas and her family learned during debriefings with the FBI that she was the target, she said.

"He wanted to get you," she recalled them telling her. The FBI later found a manifesto in which he called her a "lazy Latina" after she allegedly wasn’t moving fast enough on his lawsuit, according to the report.

Salas has since made it her mission to ensure judges are provided with greater security and protection and their personal information is scrubbed from "open sources," or websites that can be found by any member of the public through even a basic internet search.

Salas, a U.S. judge for the District of New Jersey, told Fox News in a statement that her efforts toward judicial security legislation were greeted with "great bipartisan support" last year, "and we are continuing to build on that momentum."

"The current Congress started only a few weeks ago, and while they are focused on many important issues, judicial security is also a serious matter, as my husband and I painfully know," Salas continued. "Judges and their families continue to receive threats, and passage of this legislation continues to be a top priority for the judiciary. We hope the bill is introduced very soon, because every day we fail to take meaningful action is another day that our judiciary remains vulnerable and in danger."

"We need to understand that we put ourselves in great danger every day for doing our jobs. This fact has to wake us up."

Her son, a college sophomore, was in the basement talking with his mother while they cleaned on July 19 when the doorbell rang. He went upstairs to answer the door and, investigators believe, tried to block the gunman, Den Hollander, according to the report and previous statements by Salas.

Daniel, who had celebrated his birthday just that weekend, was shot and could not be saved. His father, Salas’ husband, Mark Anderl, was shot three times and survived.

"We were screaming, ‘Daniel, hold on!’ and ‘Don’t leave us!'" she recalled during the interview. "And then I just, as I think about that day, I just, I realize I was watching my only child fade away."

Since the attack, the family has sold their home. Mark Anderl is due for at least one more surgery.

Den Hollander, 72, was found dead of a self-inflicted gunshot wound the day after he opened fire on Salas’ family, in the town of Rockland in New York’s Sullivan County, law enforcement officials said at the time.

A package addressed to Salas was found with the lawyer’s body, the officials said. Authorities believe he also shot and killed a fellow attorney in California in the days before the attack at Salas’ home.

Den Hollander had a gender-equity lawsuit, filed in 2015, that was being heard by Salas. It involved a young woman who wanted to register for the military draft. He also mentioned the judge in writings posted online, deriding her as a ladder-climber who traded on her Hispanic heritage to get ahead.

Salas said during a previous interview that she "vaguely" recalls working with the man, and noted, "It had been months, if not a year when he last appeared before me."

The information included her photograph, her name and the address for the Court of Appeals in Albany, Chalfen said.

But startling new information shared by Salas during the interview shows he had also been tracking Supreme Court Justice Sotomayor.

"They found another gun, a Glock, more ammunition, but the most troubling thing they found was a manila folder with a workup on Justice Sonya Sotomayor," Salas said during the segment, adding that she was "more than on his list.

A U.S. Supreme Court told Fox News on Monday, "We do not discuss security as a matter of Court policy."

The issue of judicial security was last addressed more than a decade ago, after an unhappy plaintiff fatally shot Chicago Judge Joan Lefkow’s mother and husband, according to the report. The U.S. Marshals Service, which protects about 2,700 federal judges, said there were 4,449 threats and inappropriate communications in 2019, up from 926 such incidents in 2015.

Salas’ new legislation push asks for a thousand more deputy marshals and $250 million to be put toward residential security, the report states. Legislation named for Salas' son that would make it easier to shield judges' personal information from the public failed to pass the Senate in December but could be reintroduced this year.

Stephanie Pagones is a Digital Reporter for FOX Business and Fox News. Follow her on Twitter at @steph_pagones.