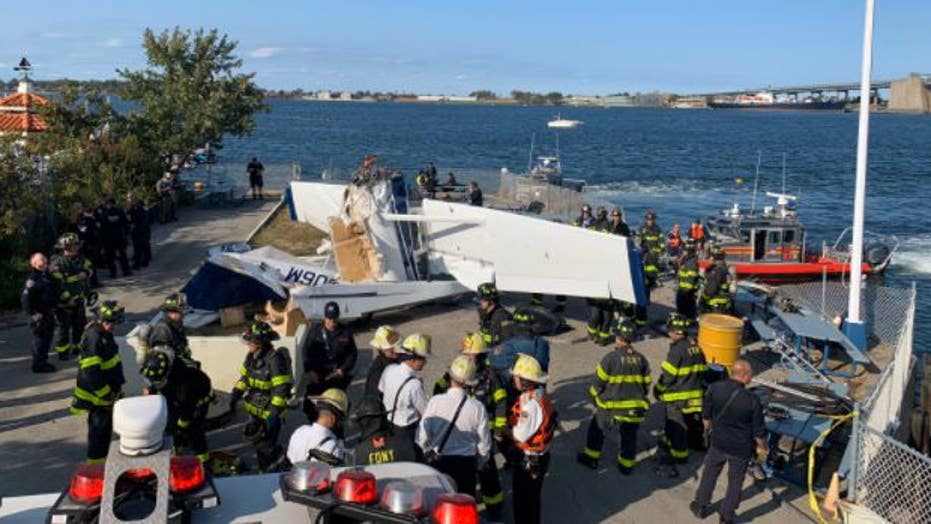 A seaplane crashed into a pier in Queens Sunday afternoon, killing one person and injuring two others, according to the New York City Fire Department.

Fire officials said the plane crashed into a pier at Riverside Drive and 158th Street on the Long Island Sound around 3 p.m. Sunday. It wasn't immediately clear if the plane had been flying or taxiing on the water before the crash.

The FDNY said units were on the scene within minutes of the crash and that a “good samaritan” who witnessed the crash had removed two of the occupants by the time officials arrived. The third victim was removed by FDNY officials.

“Witnesses said the plane was traveling rather fast along the water, skipped twice, and hit the pier,” FDNY said.

Two people, including the “good samaritan” were treated at the scene, FDNY said. The remaining fuel was offloaded by the FDNY’s HazMat units.

The Federal Aviation Administration said the plane is a single-engine Cessna 182. The agency said it will release the aircraft’s registration information after investigations confirm it at the scene.

The National Transportation Safety Board has been notified of Sunday’s crash and is investigating to determine the cause of the accident.