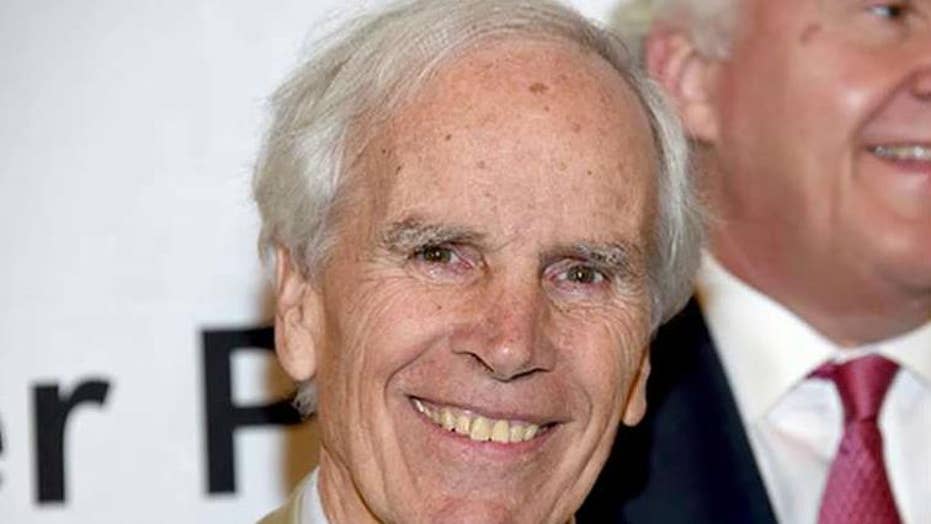 SANTIAGO, Chile – Douglas Tompkins, a wealthy U.S. businessman and environmental activist who bought up large swaths of land in South America's Patagonia region with the aim to keep them pristine, has died. He was 72.

The Aysen health service said Tompkins, who was a co-founder of The North Face and Esprit clothing companies, was boating with five other foreigners when their kayaks capsized in a lake in the Patagonia region of southern Chile. Tompkins died in the intensive care unit of the hospital in Coyhaique, a town 1,056 miles south of Santiago.

"He had lost consciousness and wasn't breathing" when brought to the hospital by helicopter, Dr. Carlos Salazar told local television stations.

Chile's army said strong waves on General Carrerra Lake caused the group's kayaks to capsize. A military patrol boat rescued three of the boaters and a helicopter lifted out the other three, it said.

After retiring in 1989, Tompkins was active in conservation and environmentalism. He owned hundreds of thousands of acres in Patagonia, a sparsely populated region of untamed rivers and other natural beauty that straddles southern Chile and Argentina. On his Chilean land, he created Pumalin Park, 716,606 acres of forest, lakes and fjords stretching from the Andes to the Pacific.

"Doug was a passionate advocate for the environment," said The North Face in a statement. "His legacy of conservation will help ensure that there are outdoor spaces to be explored for generations to come."

Tompkins was one of the founders of The North Face, an activewear company that is now owned by VF Corp. of Greensboro, North Carolina. He also founded, with his wife, the Esprit clothing company.

An active outdoorsman, besides buying up land to preserve it, Tompkins also sometimes got involved in local environmental issues in Chile and Argentina. Many credit him with helping to raise consciousness about the toll that large man-made projects, such as dams, can have on a country's ecosystem.

"For the environmental movement, not just in Chile but internationally, (Tompkins' death) is a huge loss," said Sara Larrain, a long-time friend of Tompkins who leads a Chilean environmental group. "This is somebody who put all his energy, all his fortune and his spirit in preserving ecosystems."