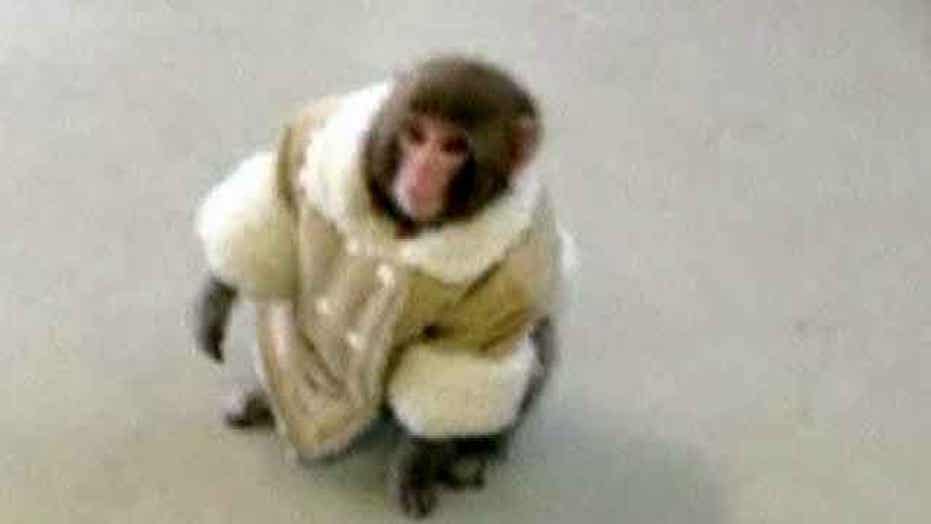 TORONTO – Shoppers at an Ikea store in Toronto weren't monkeying around when they reported a primate on the loose.

Customers spotted a monkey — clad in a pint-sized shearling coat — wandering around the store's parking lot by itself Sunday afternoon. Police say Ikea staff lured the primate into a corner before calling the cops, who contacted the city's Animal Services department.

Police Staff Sgt. Ed Dzingala says the monkey never made it inside the store and says its owner later contacted police and was reunited with the pet.

Dzingala says the monkey escaped its crate in a parked car and explored its surroundings before being picked up.

The incident inspired at least two parody Twitter accounts which took on the persona of the wandering monkey.