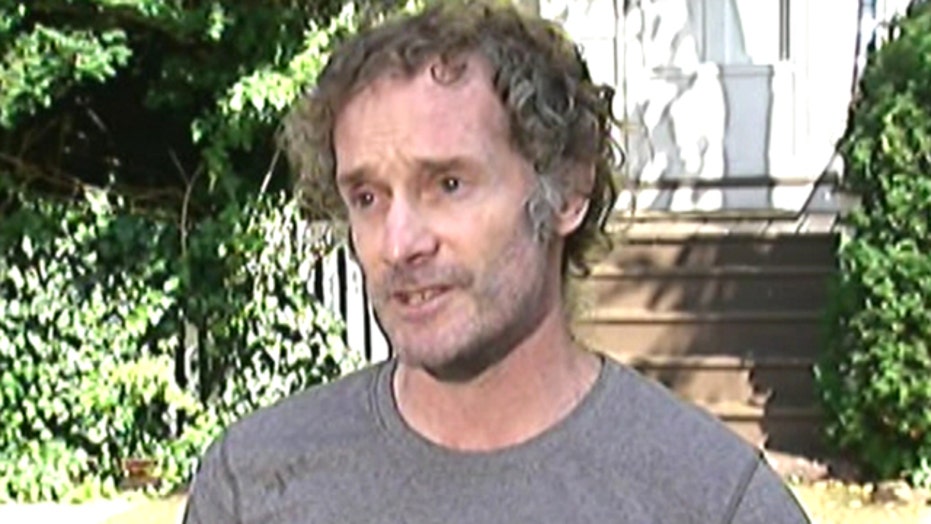 A freelance journalist who was freed after being held for nearly two years by Islamic extremists in Syria appeared briefly outside his family's Boston home to express gratitude to America, then went inside to "bond with my mother and my family."

Peter Theo Curtis, 45, thanked the "brave, determined and big-hearted people from all over the world" who worked to free him from his captors and promised to talk at length about his 22-month ordeal in the future.

"I am so grateful you have so much interest in me right now, but I have to bond with my mother and my family right now," said Curtis, looking thin but healthy in a gray T-shirt, his hair unkempt.

He said he has been overwhelmed by well-wishers in the short time since he was handed over on Sunday.

"I suddenly remember how good the American people are and what kindness they have in their hearts," Curtis said.

Curtis was kidnapped in October 2012, in Antakya, Turkey, where he was planning to enter Syria,. He was held by Jahbat al-Nusrah, an Al Qaeda-linked Sunni terrorist group that is fighting Syrian dictator Bashar Assad, but is also at bitter odds with Islamic State. The terror group freed Curtis just days after Islamic State executed James Foley, another freelance journalist from New England, in a gruesome video released online.

"I have been so touched and moved, beyond all words, by the people who have come up to me today — strangers on the airplane, the flight attendants, and most of all my family — to say welcome home," Curtis said in a statement released Tuesday night by the family.

Curtis said he was "deeply indebted" to the U.S. officials who worked to get him released. The effort is believed to have involved several entities, including the United Nations, which said it facilitated the handover of Curtis in Al Rafid village, Quneitra, the Golan Heights, Sunday evening. After receiving a medical check-up, Curtis was handed over to representatives of his government. Al Jazeera reports the Qatari government mediated between Curtis' captors and U.N. officials.

At least three other Americans are believed to be held in Syria, including an unnamed, 26-year-old female aid worker, freelance journalist Steven Sotloff, who appeared in the Foley video with the killer warning he could be the next hostage murdered, and freelance journalist and former Marine Austin Tice, of Houston, who disappeared in Syria in August 2012. Tice is believed to be held by the Syrian government.