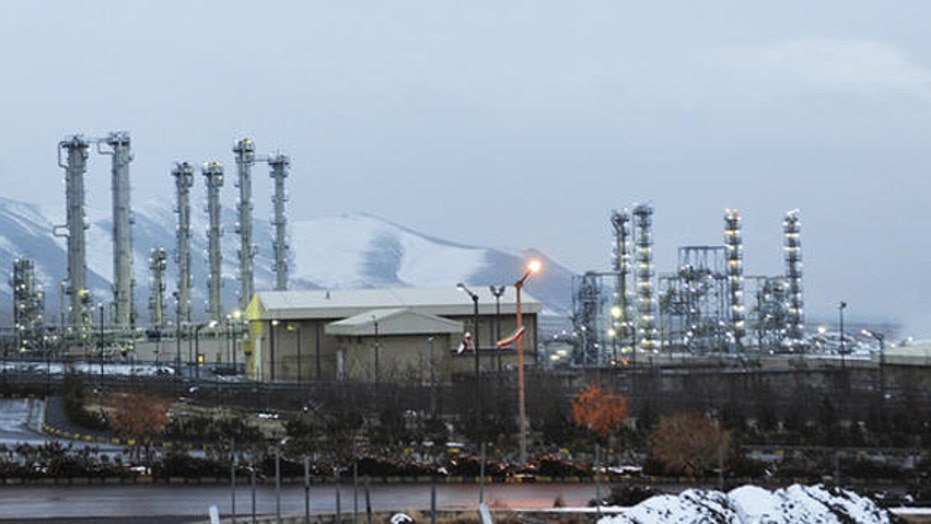 It was February, 2012, and inspectors from the International Atomic Energy Agency had information Iran was developing a nuclear warhead at its sprawling Parchin military complex 25 miles southeast of Tehran.

A five-member team led by Deputy Director General Herman Nackaerts traveled to the Iranian capital and prepared to inspect the location, where missile engines had previously been tested and inspectors believed new efforts to pursue banned military weapons were afoot.

"We also hope that Iran will allow us to go to the site of Parchin," Nackaerts, a Belgian who is no longer with the IAEA, told journalists in Vienna, where he was then based, before departing for Tehran. "If Iran would grant us access, we would welcome that chance and we are ready to go."

"This is far from a foolproof system, particularly in light of Iran’s long history of cheating.”

When they arrived at the complex, they were denied access. Iranian officials charged that the evidence they cited was based on "forged documents."

“Iran did not provide access to Parchin, as requested by the Agency during its two recent visits to Tehran, and no agreement was reached with Iran on a structured approach to resolving all outstanding issues in connection with Iran’s nuclear program,” the agency, which is technically autonomous but reports to the United Nations Security Council, said in a report a month later. The frustration of the agency's director general dripped through the dense bureaucratic language of the report.

“Iran stated that it was still not able to grant access to that site …largely on the grounds that Iran considered them to be based unfounded allegations,” the report stated.

Former IAEA Deputy Director General Herman Nackaerts and his team were turned away from Parchin in 2012. (Reuters)

With the Security Council members and Iran reaching a new deal this week, in which Iran has pledged cooperation with the IAEA in return for the lifting of international sanctions, some experts predict inspectors will again get the same run-around if they ever get close to exposing banned nuclear weapons research or testing in the Islamic Republic. The Obama administration and P5+1 insist the new 159-page nuclear deal facilitates inspections and true verification capabilities, but critics are alarmed by its concessions, including one that gives Iran a 24-day advanced warning of inspections.

“This agreement gives Iran up to 24 days to move, hide or destroy materials sought by inspectors," said Jim Phillips, the senior research fellow for Middle Eastern affairs at the Douglas and Sarah Allison Center for Foreign Policy Studies at The Heritage Foundation. "This is far from a foolproof system, particularly in light of Iran’s long history of cheating.”

Phillips is among several critics, including former U.S. Ambassador to the UN John Bolton, who believe the agreement could dangerously undermine the long-term national security interests of the U.S. and its allies and will not prevent Iran from developing nuclear weapons.

The Parchin complex, some 25 miles southeast of Tehran, has been of significant interest to inspectors in the past. (Reuters)

The agreement is “an embarrassment, a disgrace,” Bolton, who is now with American Enterprise Institute’s U.S. foreign and national security policy division, told Fox News.

Bolton is especially critical of the “snap back formula,” which would bring back sanctions that existed previously if Iran violates the new agreement. He calls it a “toothless alternative” devised by Obama’s diplomats. The sanctions put in place were the result of rigorous diplomacy, and getting members of the Security Council such as China and Russia to agree that they should be put back in place could prove daunting, to say the least.

But other policy makers believe the agreement is “historic” and will make a difference.

“This might not be a perfect deal, but it is a strong deal,” said Laicie Heely, a fellow at The Stimson Center, a Washington-based think tank that focuses in part on reducing nuclear, environmental and other transnational threats to global, regional, and national security. “Without such an agreement, Iran would be free to move toward a nuclear weapon. The inspections and verification measures provided for in this agreement will ensure that any suspicious moves are detected and responded to accordingly.”

Heely claims the biggest deterrent to future Iranian intransigence is the possibility of new sanctions like those it only now has shaken.

“Iran’s previous actions were the impetus for the international sanctions and negotiations that led to this final deal. Cheating or intransigence on the part of Iran would take us back to where we were before a deal,” Heely said. “The final deal contains strong snap-back provisions that would restore sanctions in 65 days if Iran violates the agreement. This provision will be important for maintaining international unity going forward.”

Trevor Findlay, a senior research fellow at Harvard University's Belfer Center’s Project on Managing the Atom/International Security Program, said the new agreement is quite different, because it is focused just on Iran, all major world powers participated in crafting it and Iran is under a great deal of pressure to cooperate.

While there is no guarantee the agreement will work, Findlay said western powers will have the majority of votes to deal with disputes on whether Iran is being compliant or not.

“Russian and China will be out-voted, and western countries have the majority,” Findlay said.

He also believes while giving Iran 24 days to facilitate inspections could give the country time to sterilize its sites under scrutiny, new technology and satellite imagery will make that all the more difficult.

One problem Findlay did highlight is Iran’s propensity to ban particular inspectors, refusing to let them into their facilities. While Iran has claimed that is because of their nationality, there has been suspicion that the inspectors were actually banned because they are “very, very good” inspectors.

While the debate continues worldwide over the impact the agreement will have on Iran and its intent to build nuclear arms, Phillips wondered about the real driving force behind the talks that led to the new deal.

“This looks much more like a deal to dismantle existing sanctions than to dismantle nuclear infrastructure,” Phillips said.

When inspections begin, Parchin could likely once again be front and center in efforts to monitor Iran's compliance. The Islamic Republic has admitted testing nuclear detonators at the site, and reports linked the Parchin complex to Iran's nuclear program following a mysterious explosion at the site last October. Satellite photos in recent years have shown Iran has been modifying the site, which watchdogs believe could be evidence of expansion and concealment of nuclear testing.