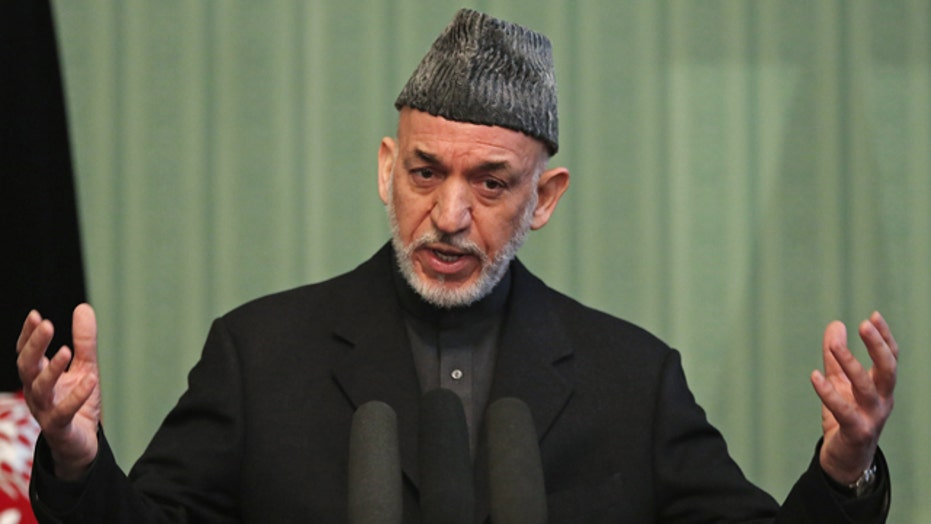 Afghan President Hamid Karzai has reportedly been in secret discussions with the Taliban about reaching a peace deal before he leaves office.

The New York Times reports that the contacts have accomplished little, but Western and Afghan officials say that the talks explain Karzai's ongoing refusal to sign a security deal with the U.S. that would keep some American troops in Afghanistan for training and counterterrorism work after the end of this year.

Karzai's mistrust of Washington has apparently deepened in recent months. The Washington Post reported last week that Karzai believes that the U.S. military has been behind a series of insurgent-style attacks blamed on the Taliban and he has previously called on the U.S. military to end airstrikes in Afghanistan as a precondition for signing the agreement.

The Times reported that the peace discussions have been ongoing since November and were initiated by the Taliban. Shortly after, an assembly of prominent Afghans known as the loya jirga gave its approval to the security deal, which had been agreed to in principle the previous month.

A spokesman for Karzai confirmed to The Times that the contacts with the Taliban had occurred and were ongoing, saying "The last two months have been very positive." However, other U.S. and Afghan officials have said that the Taliban no longer has any intention of negotiating with Karzai and any chance of a peace deal has long since passed. The officials also said it was unclear whether the contacts were even approved by Taliban leadership.