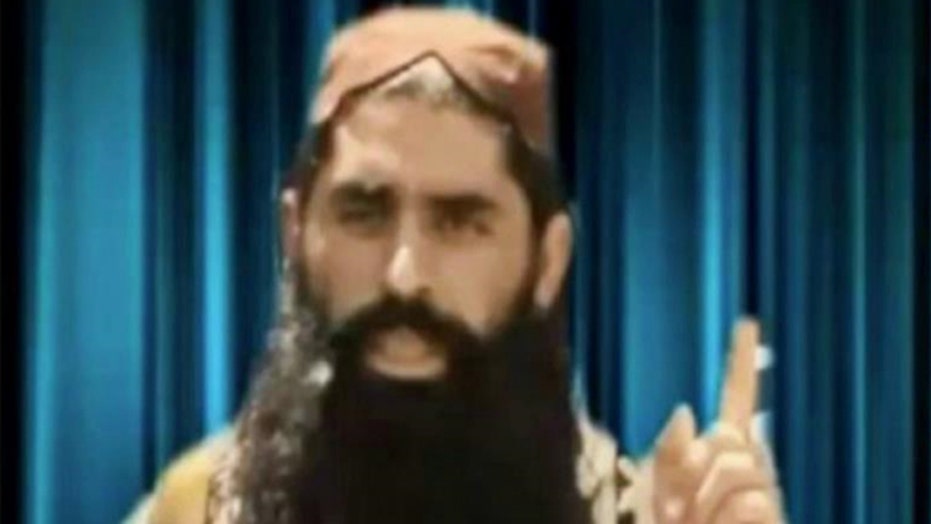 Umar Mansoor has been dubbed 'the most hated man in Pakistan'

A 36-year-old father of three and avid volleyball fan is Pakistan's most hated man, after he was named as the mastermind of this week's horrific attack on a school that left more than 130 children dead.

Umar Mansoor appeared in a video posted Thursday on a website used by the terror network trying to justify the Dec. 16 attack at a military school in Peshawar, Reuters reported.

"[The school was] preparing those generals, brigadiers and majors who killed and arrested so many fighters," he says on the video, which identifies him by name. "If our women and children died as martyrs your children will not escape. If you attack us we will take revenge for the innocents."

The Taliban say the attack, in which children were summarily executed and at least one was teacher burned alive, was revenge for attacks by the Pakistani army. But the school attack has left the nation shaken and angry, and Prime Minister Nawaz Sharif vowed to bring the killers to justice.

“If we continue with our commitment of ending terrorism, keep incidents like the Peshawar tragedy alive in our minds, then the jihad this country is fighting will continue,” Sharif said. “We should not forget how these young children were fired at and killed. There cannot be a bigger tragedy than this.”

Sharif and Pakistan's military leaders vowed to crush Islamist militancy, particularly in the western region near Afghanistan. The military said Thursday that attacks in several regions-- including the Khyber tribal area, which borders North Waziristan-- had killed 77 militants.

Even the Afghanistan wing of the Taliban condemned the attack. But Pakistan’s Taliban spokesman Mohammed Umar Khorasanin said the assault at Army Public School was “a revenge attack” for the army’s offensive.

“We targeted the school because the army targets our families,” he said in a statement. “We want them to feel our pain.”

Reuters interviewed a half-dozen Pakistani Taliban members, who all confirmed the mastermind was Mansoor. Four said he is close to Mullah Fazlullah, the terrorist who ordered the attack on schoolgirl activist Malala Yousafzai, who survived and won a Nobel Peace Prize.

"He strictly follows the principles of jihad," one source said of Mansoor. "He is strict in principles, but very kind to his juniors. He is popular among the juniors because of his bravery and boldness."

Mansoor got a high school education in the capital, Islamabad, two Taliban members said, and later studied in a madrassa, a religious school.

"Umar Mansoor had a tough mind from a very young age, he was always in fights with other boys," said one Taliban member.

Mansoor's nickname is "nary," a word in the Pashto language meaning "slim," and he is the father of two daughters and a son, sources told Reuters.

"(Mansoor) likes to play volleyball," said one of the Taliban members. "He is a good volleyball player. Wherever he shifts his office, he puts a volleyball net up."

The Taliban video describes him as the "amir", or leader, of Peshawar and nearby Darra Adam Khel. Mansoor deeply opposes talks with the government, the commanders said.