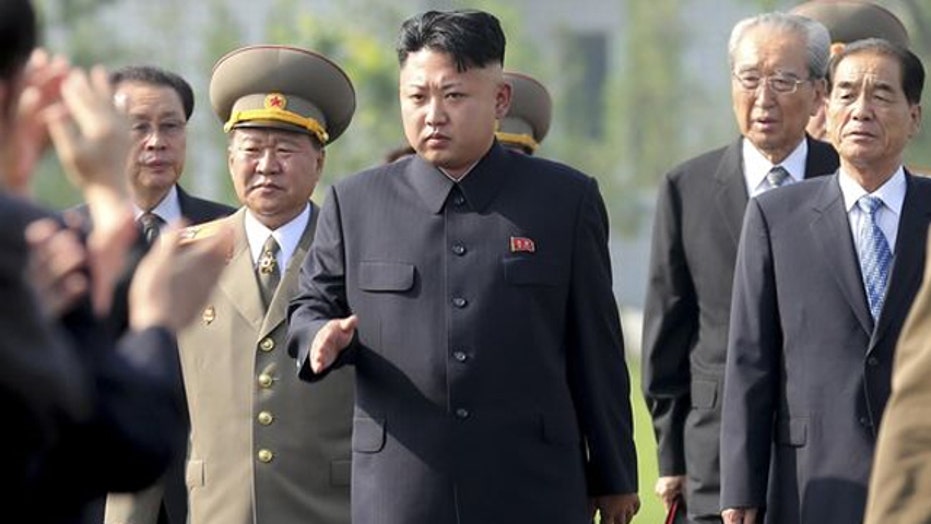 Two days after North Korean leader Kim Jong Un reportedly told his army to prepare for war with the United States and its allies, the country fired two short-range missiles off its east coast.

In a defiant response to military exercises between South Korea and the U.S. set to begin Monday, North Korea fired the missiles about 305 miles into the sea, Reuters reported, citing South Korea’s defense ministry.

"If North Korea takes provocative actions, our military will react firmly and strongly so North Korea will regret it in its bones," Kim told a news briefing.

"The prevailing situation where a great war for national reunification is at hand requires all the KPA (Korean People's Army) units to become (elite) Guard Units fully prepared for war politically and ideologically, in military technique and materially," he said, according to the Korean Central News Agency.

Kim reportedly told the army to train to "tear to pieces the Stars Stripes," while speaking at an opening for a new hall at the Victorious Fatherland Liberation War Museum in Pyongyang, KCNA said.

Kim's comments came after ongoing naval drills between South Korea and the U.S., and ahead of this week’s large-scale military exercises.

North Korea condemns the drills as rehearsals for invasion, the report said.

Pyongyang has harshly criticized the drills, with a spokesman for its army general staff saying Washington and Seoul "should be dealt with only by merciless strikes."

Monday’s North Korean missile firing also drew swift protest from the Japanese, who said the launches posed a serious threat to safety at sea and in the sky, Reuters reported.

"We swiftly lodged a stern protest with North Korea."

Japan eased some sanctions on North Korea in July, in return for the North reopening its investigation into the fate of Japanese abductees. Progress on any deal has been slow.