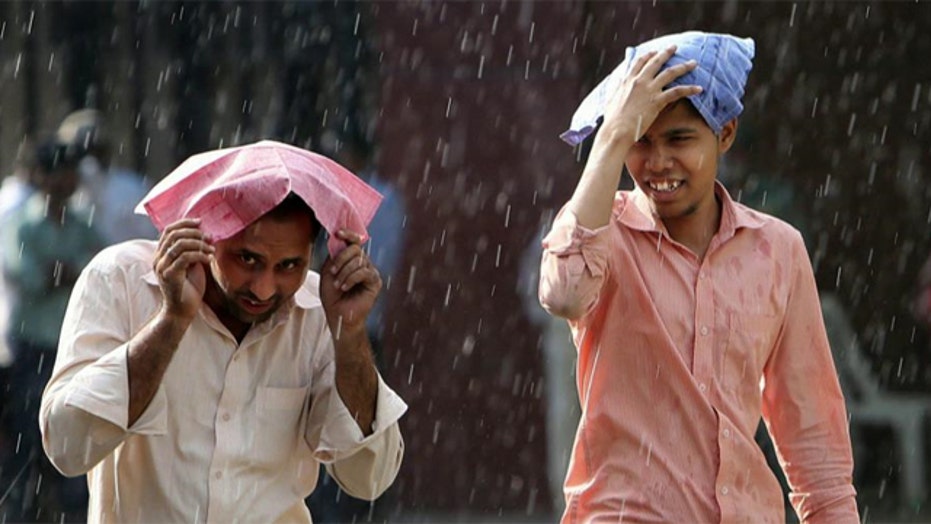 HYDERABAD, India – Despite hopes that weekend thundershowers would help end a raging heat wave in southern India, the rain brought only limited relief as the death toll since mid-April approached 2,200.

Officials said Sunday that the intense heat was likely to continue for another day in worst-hit Andhra Pradesh and Telangana states.

Daytime temperatures hovered between 113 and 116 Fahrenheit in some parts of the two states over the weekend, 5 to 12 degrees Fahrenheit above normal, said K.Y. Reddy, a director of the Meteorological Center in the Telangana state capital of Hyderabad. Thundershowers brought relief to people in other areas.

Andhra Pradesh has been hit the hardest, with 1,636 people dying in the state from the heat over the past month and a half, a government statement said. Another 561 people have died in neighboring Telangana, said Sada Bhargavi, a state disaster management commissioner.

Meanwhile, 22 heat-related deaths have been reported in northern Uttar Pradesh state over the past two weeks, said Raj Shekhar, a state government official.

The Press Trust of India news agency said 21 people have died from the heat in eastern Orissa state, seven in western Gujarat state and two in New Delhi, India's capital.

"We can't bear this heat. The situation is worsened by frequent power outages," said Rekha Tiwari, a housewife in Lucknow, the Uttar Pradesh state capital.

Mohammed Waseem, a cart puller who was drenched in sweat, had no respite as he went about delivering goods in New Delhi, where temperatures hovered at around 41 C (106 F) on Sunday after a brief morning shower. "I have to work to feed myself," he said.

Cooling monsoon rains are expected this week in southern India before gradually advancing north. The monsoon season will last until the end of September.

Forecasting service AccuWeather warned last week of prolonged drought conditions in India, with the monsoon likely to be disrupted by a more active typhoon season over the Pacific.