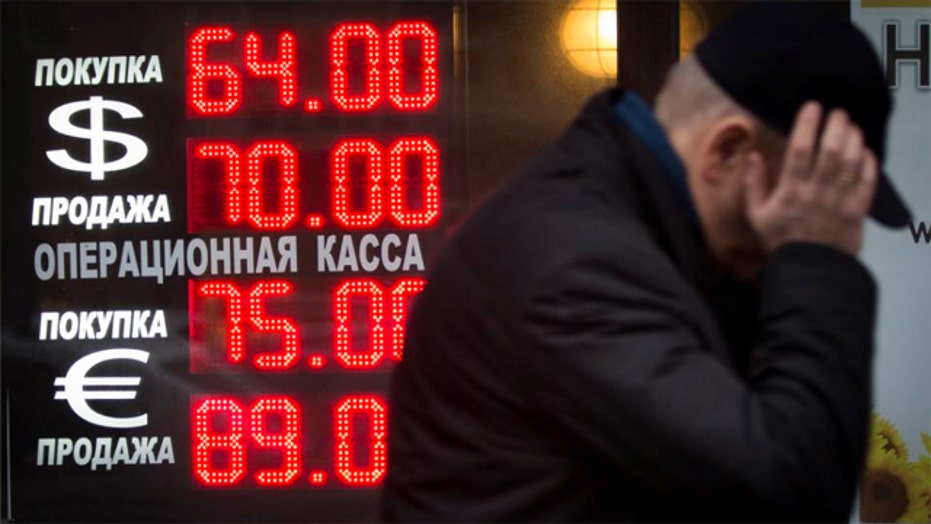 MOSCOW – The Russian government, facing its worst economic crisis in a decade, on Wednesday detailed how it intends to cut spending over the next three years in all parts of the economy except military and social programs.

Russia's economy has been battered by lower energy prices, a collapse in the value of the ruble and Western sanctions over its involvement in Ukraine. Russia's GDP is expected to decline by 4-5 percent this year, the first drop since 2009. The ruble has lost half of its value while the Standard & Poor's ratings agency downgraded Russia's credit rating to a non-investment — "junk" — level for the first time in more than a decade.

Faced with a slide in its public finances, the government earlier this month said it would slash spending broadly. In a more detailed report published Wednesday on the government's website, it foresees spending cuts of 10 percent this year and 5 percent over the next two years.

The plan lists measures that authorities will take to support the economy including over $3.7 billion to prop up Russian banks and $700 million in agricultural subsidies.

Speaking at the upper house of the Russian parliament, Finance Minister Anton Siluanov said the government does not expect oil prices to go back to $100 a barrel so "we and our economy will have to adapt to new conditions."

The budget proposal, which has yet to be approved by parliament, will not affect military and social spending, which account for 4.2 percent and 5 percent of spending, respectively.