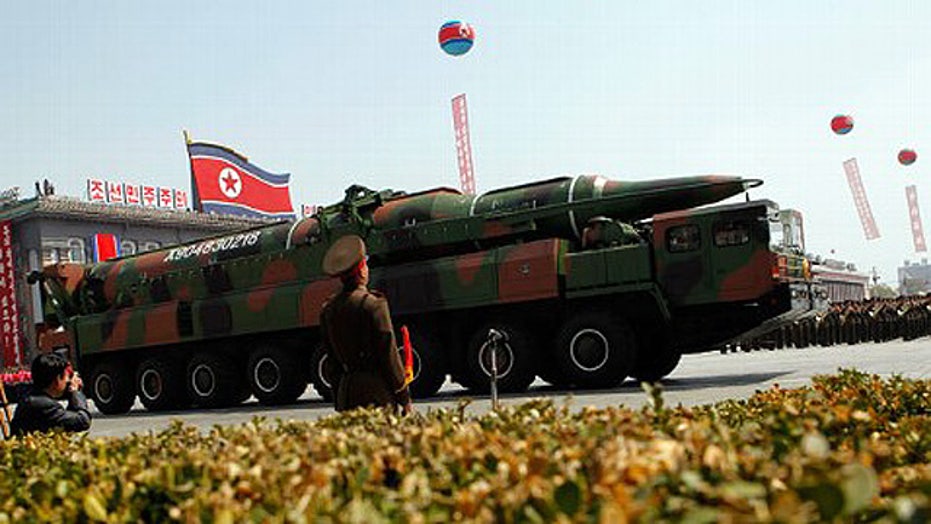 North Korea's new threat: War not a question of if, but when

PAJU, South Korea – More South Koreans on Saturday began to leave North Korea and the factory park where they work, four days after Pyongyang closed the border to people and goods.

Twenty-one South Koreans returned from the Kaesong industrial park Saturday morning, and about 100 of the roughly 600 still there were expected to return home by day's end, the Unification Ministry in Seoul said.

One manager, Han Nam-il, interviewed as he left, said he saw North Korean security officials "fully armed" before he crossed the border.

The industrial park is the last remnant of North-South cooperation. Pyongyang's blocking of traffic there is among many provocative moves it has made recently in anger over U.N. sanctions for its Feb. 12 nuclear test and current U.S.-South Korean military drills.

Meanwhile, the communist dictatorship deployed mid-range missile launchers to its east coast and reportedly warned foreign embassies Friday it cannot guarantee the safety of diplomats after April 10, according to a Reuters report.

Earlier in the week, North Korea said it would restart a plutonium reactor closed in 2007 and use it to make fuel for nuclear bombs.

The United Kingdom foreign office confirmed in a statement Friday that North Korea asked a number of foreign embassies in Pyongyang  to consider moving staff out since they could not assure their safety in the event of conflict.

"We are consulting international partners about these developments.  No decisions have been taken, and we have no immediate plans to withdraw our Embassy,”  the UK foreign office statement said.

Under the Vienna Convention that governs diplomatic missions, host governments are required to assist in the evacuation of embassy staff from the country in the event of conflict.

North Korea has railed for weeks against joint U.S. and South Korean military exercises taking place in South Korea and has expressed anger over tightened sanctions for a February nuclear test.

"The current question was not whether, but when a war would break out on the peninsula," because of the "increasing threat from the United States", China's state news agency Xinhua quoted the North's Foreign Ministry as saying, according to a Reuters report.

"It is yet another offering in a long line of provocative statements that only serve to further isolate North Korea from the rest of the international community and undermine its goal of economic development," she said. "North Korea should stop its provocative threats and instead concentrate on abiding by its international obligations."

North Korea said last week it had entered a "state of war" with South Korea, but officials in Seoul say they have seen no preparations for a full-scale attack while the chance of a localized conflict remains. Earlier Pyongyang threatened a nuclear attack on the United States.

North Korea has not forced South Korean workers to leave Kaesong, but some of the South Korean companies working there are running out of raw materials because goods are being blocked at the border as well.

Sung Hyun-sang, head of an apparel manufacturer that employs 1,400 North Korean workers, said Friday that his factory will be "in real trouble" if supplies aren't sent to his factory in Kaesong in a week or two.

North Korea is threatening to "wither the Kaesong industrial complex to death" rather than taking South Korean managers hostage, which would spark an overwhelming international outcry, Chang Yong-seok at the Institute for Peace and Unification Studies at Seoul National University said.

But the North Korea analyst said tension at Kaesong is likely to tone down once the U.S. and South Korea wrap up their annual drills at the end of this month. The allies say the exercises in South Korea are routine, but the North calls them rehearsals for an invasion and says it needs nuclear weapons to defend itself.

Fox News' Justin Fishel, Reuters and the Associated Press contributed to this report.