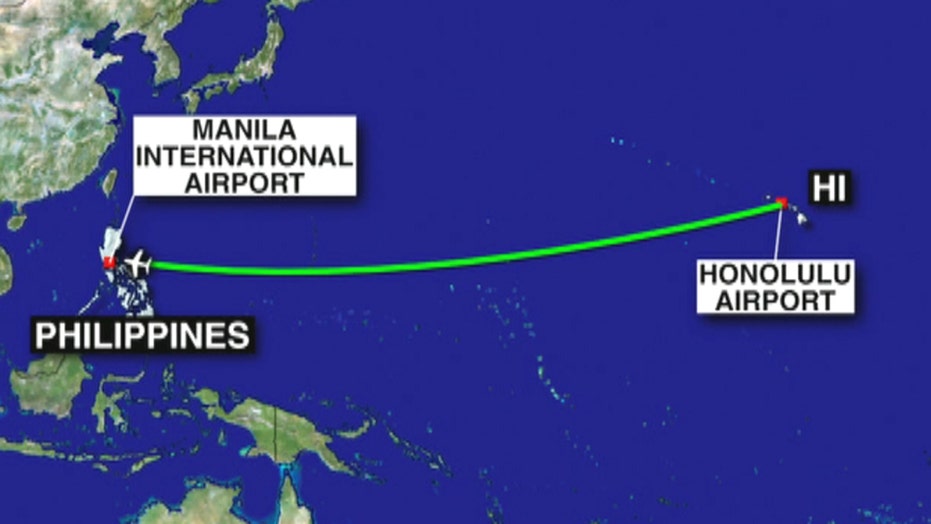 15 injured after turbulence on Hawaii-Philippines flight

MANILA, Philippines – Fifteen passengers suffered minor injuries from turbulence on a Philippine Airlines flight from Hawaii on Friday and were helped by medical and airline personnel after the plane landed safely at Manila's airport.

Flight PR101 carrying 132 passengers left Honolulu at 12:06 p.m. and the Airbus 340 experienced clear air turbulence en route, the airline said in a statement. Such turbulence is not associated with clouds and cannot be detected visually or by conventional weather radar.

A DZBB radio reporter tweeted pictures of passengers in wheelchairs. One identified as Abuena Castillo held an ice pack on her head. She was quoted as saying that the plane suddenly fell and rose, throwing her off her seat.

GMA Network video showed an unidentified male passenger on a wheelchair with bandages on his head, while a woman passenger said she bumped her head and that it was aching.