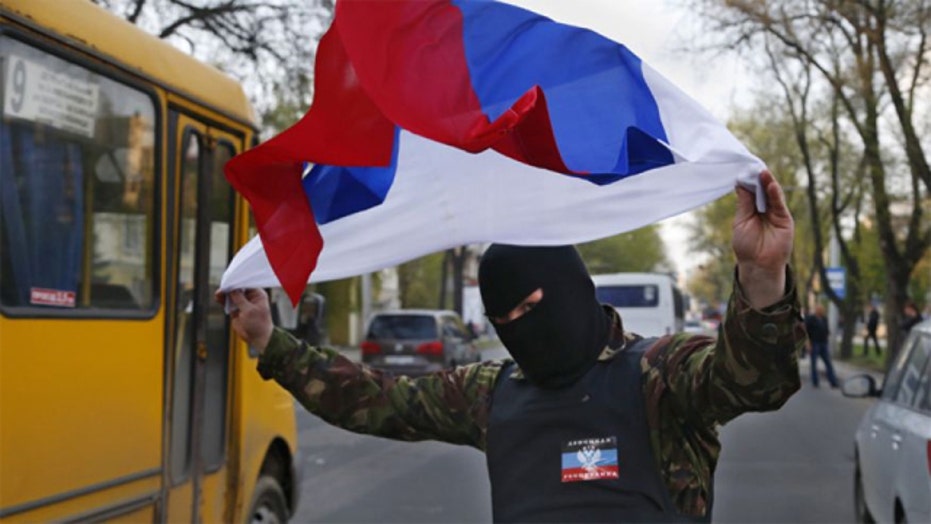 Pro-Russia separatists will proceed with referendum

As two regions in eastern Ukraine prepare to vote on declaring sovereignty, the country's acting president is warning supporters of independence against self-destruction.

The Sunday ballots seek approval for declaring so-called sovereign people's republics in the Donetsk and Luhansk regions, where pro-Russian insurgents have seized government buildings and clashed with police and Ukrainian troops.

At least seven people died Friday in clashes in the city of Mariupol. The city remained on edge Saturday, with barricades of tires blocking some streets in the city center.

President Oleksandr Turchynov, in comments posted on the presidential website Saturday, said supporters of independence for the east "don't understand that this would be a complete destruction of the economy, social programs and general life for the majority of the population."

Roman Lyagin, head of the Donetsk People's Republic's so-called electoral commission, said at a press conference on Saturday that the vote "is the only way to avoid war and armed conflict," predicting it will "legitimize" separatists in the eyes of the world.

Lyagin said the May 25 presidential election will not be held in the Donetsk region.

Merkel spoke Saturday after meeting French President Francois Hollande in her constituency in northeastern Germany. The two leaders stressed their view that the sovereignty referendum planned by pro-Russian insurgents is illegitimate.

Merkel said: "The Russian president must send more signals of de-escalation" so the presidential elections can go ahead.

Merkel said she would like to see a "national dialogue" in Ukraine start next week if possible, but didn't specify who should participate.

Fox News' Greg Palkot and The Associated Press contributed to this report.